‘Reminscing the California road trips I took in the ’60s’ 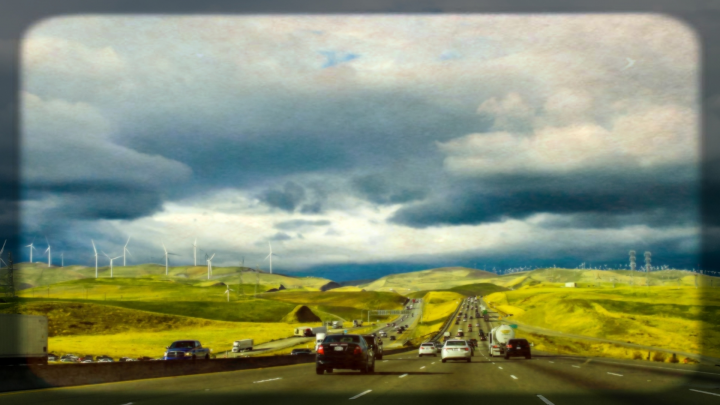 California in the 1960s was the most wonderful place. I travelled there in 1960 and 1961 and was amazed at how it felt like many countries all wrapped into one big city. I think the best way for me to describe it though is ‘golden’. The golden grass was a colour all of its own; muted, but bright and oh, so lush.

One of the wonderful places I travelled in California during that period was Donner Pass in the Sierra Nevada in northern California. I remember how I was surrounded by 4-foot of snow during my visit. The morning was white, pristine, and although it was cold, it was also refreshing. It was the first time I’d experienced the snow.

The snow was crisp and so white. When I walked or ran through it, it sounded like thunder all around me. As a nine-year-old experiencing snow for the first time, I just adored it!

Donner Pass is well known transmontane route connecting San Francisco with Reno. It rises to an elevation of about 7,000 feet (2,100 metres). It has a macabre history in that George Donner lost more than 40 members of an 80-odd party of immigrants he was taking through the pass in the mid-1800s. Travelling during a severe winter, the party was force to stop and when the food ran out it’s rumoured they survived by eating the corpses of the fallen.

My mother’s friends had driven us there and it looked as though the snow had trapped us like Donner. It wasn’t a very big place in the ’60s, and I felt as though the ploughing was taking forever. I remember how cold and wet I got waiting, and I’m sure that the only reason I didn’t end up with a chill was because I never stopped running, jumping and making snow angels.

We stayed in on of those ‘ma and pa’ type American motels that dominated the highways in the ’60s. You’d be hard-pressed to find one now, an endangered species they’ve become.They might have had different names to distinguish them, but in my mind they were all the same. The fluorescent signs always seemed to flicker and crackle; the noise they created made it hard to sleep! I can still remember the smell of tobacco and sweat that greeted us when we opened the door.The room was plain and functional, but who could forget the stucco that seemed to be a staple aesthetic of the time.

Our journey took us to Lake Tahoe, Reno, Donner Pass and Yosemite Valley, the last of which was awe-inspiring with its mountain peaks and long, green valley. In the evening of our stay at Yosemite Valley we were treated to a spectacular event.

Known as the Yosemite Firefall, it was an event in which burning embers were spilled from the top of Glacier Point into the valley 3,000 feet below. From a distance it looked like a glowing waterfall. Incredible!

My mother and I went walking on the morning after the Firefall. We’d been told to keep to the road, but as my mother was a hiker she ignored that advice. We had no idea that bears lived in the area and when we were roughly 500 yards (450m) from the hotel entrance, a bear popped its head up. Though I no know that running from a bear is a bad idea, we were very quick to get out of there and away from it.

Driving in California was quite an experience for me. Sadly, my mother is no longer here to share in the memories, but they are definitely fond ones of our time spent together.

Do you remember the trips you'd take with family as a child? Have you relived any of those adventures on your more recent travels?