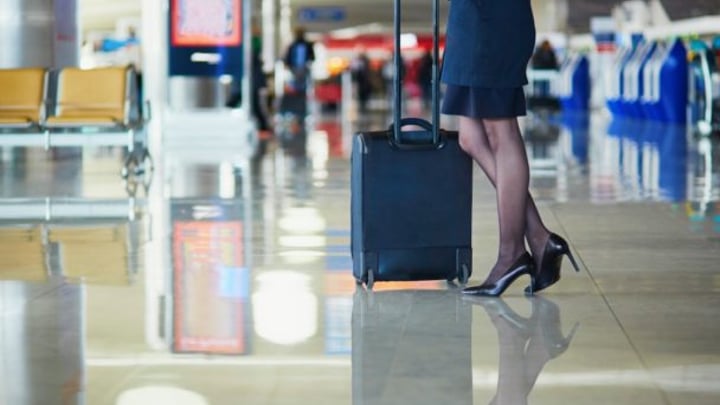 Norwegian Air has told its female staff that they must carry a doctor's note at all times if they don't want to wear heels. Source: Getty

You may have thought the days when looking glamorous was top of a flight attendant’s job description were long gone, but at least one airline is determined to stick to the old ways, ensuring the women caring for customers fit a ‘feminine ideal’.

The Independent reports that Norwegian Air has informed its female staff that they must carry a doctor’s note with them at all times if they want to wear flat shoes. Not only that, but they must wear heels which are at least two centimetres tall at all times while on shift.

Norwegian politicians said that the national carrier was stuck in the Mad Men era in its expectation that women wear make-up and high heels.

“Uniform requirements are one thing, but to impose heels and makeup is going too far,” the Norwegian Labour Party’s women’s spokesperson Anette Trettebergstuen said, according to the publication. “The year 1950 rang and it wants its rulebook back. This is super embarrassing and they should have progressed further.”

The instructions hark back to a time when air travel was a luxury and flight attendants, known then as air hostesses (because they were all female), were expected to embody the glamour of flying with sky-high hemlines, towering heels and immaculate hair and make-up.

Norwegian’s stance on the appearance of its female flight staff is more unusual, though, today. Virgin Atlantic earlier this year announced a change to their uniform and styling policy and removed requirements to wear makeup.