Flying with babies: Travel writer insists no parent should have to apologise 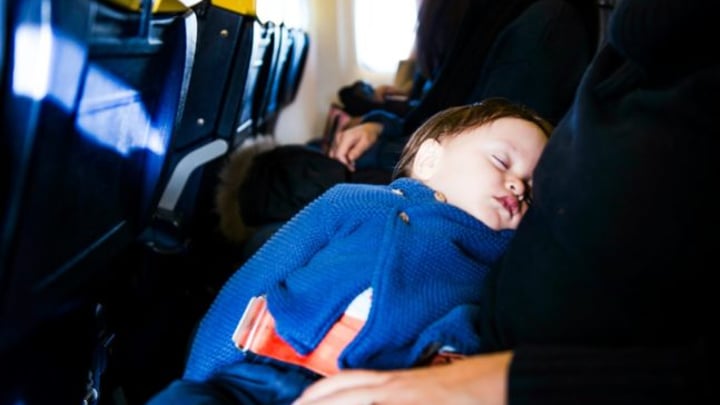 An Australian travel writer has sparked a huge response online after posting a controversial message about travelling and dining out with babies.

Everyone’s been there before, boarding a flight only to realise you’re in earshot of a crying baby. But while it can be tiring and hard for passengers to keep their cool, most people forget how stressful it is for the parents themselves. And according to Ben Groundwater, no parent should have to apologise for their baby.

In his piece, which is triggering a furious debate on social media, Groundwater begins with a fairly understandable plea about not making parents feel bad about taking a baby to a restaurant or on a plane. However, as he goes on, his argument intensifies.

“There seems to be a particularly Anglo expectation that parents will cloister themselves and their young children until the little ones can be trained to act in the same way everyone else does,” he writes in the article on traveller.com.au.

“And if you do dare to leave the house with your baby – to eat at a restaurant, to fly on a plane, to do anything in public – you should be prepared to apologise for your kid, to feel bad about the effect he or she might be having on everyone else.

“But you know what? I don’t have to apologise for my baby. No parent does.”

Groundwater adds: “I’m not breaking any laws here. I’m not bending any rules. I’m just taking a little person to places he’s allowed to be. I’m keeping him amused, but I’m also accepting that he doesn’t always act like everyone else. I’m continuing on with my life in the way every parent should be able to (give or take a few major changes).

“If that seems like a problem – well, I’m afraid that problem is yours.”

Groundwater’s piece appeared on the travel site’s Facebook page and left travellers all over the world battling it out.

“Total bulls***! You chose to have a baby not the ppl [sic] around you on the plane! They paid for their ticket and deserve a peaceful flight just because babies are allowed does not mean they should be taken,” one commentator wrote.

Another added: “Your baby is travelling for free and upsetting myriad paying passengers. Is that fair?”

However, others jumped to the defence of the writer, with one commenting: “Tiny humans exist. They leave the house to visit family, including on the other side of the planet sometimes. Get over it.”

What are your thoughts on this? Do you agree with the writer?