We’re on the last leg of another incredible Indian journey. It has been studded with some five-star luxuries, a few hair-raising mountain road near-misses and the ever enveloping colours and sounds that make India a must-see experience.

Leaving the rivers and canals that surround Alleppy, we arrive in Chempu which is, you guessed it, surrounded by rivers and canals. We’re staying at Soma Kerala Palace, a magnificent resort that has architecture modelled on the Royal Heritage Palaces from two centuries ago. It’s on a small island and apart from us, the only other guests are Indian honeymooners. Our honeymoon was 26 years ago and, sadly, it wasn’t at a resort anywhere near as glamorous as Soma Kerala Palace.

India is the “selfie” capital of the world and of all selfie aficionados, none are more industrious than honeymooners. To be honest, I’ve never understood the selfie appeal. Perhaps 20 years ago I could have warmed to them, but these days a close up of my face is the very last image you want in a photo. No matter how breathtaking the background, the photo would be dominated by this beaming moon, complete with numerous craters, gullies and chasms.

After two nights at the Soma Kerala Palace we’re on the road to Munnar, the tourist centre of Kerala which is especially popular with locals. At more than 7,000 ft above sea level it’s much cooler than the lowlands and some of the scenery is breathtaking. It’s also the tea growing capital of India with hundreds of thousands of acres of tea sprawling up and down the mountain ranges.

Our hotel has a magnificent view but they’re renovating the restaurant so we have to find another place to have dinner. It’s not the simple task it might appear to be. Our new driver Vishnu is concerned. The area we are staying is prone to fog at night. Vishnu is worried about the fog as well as wild elephants. 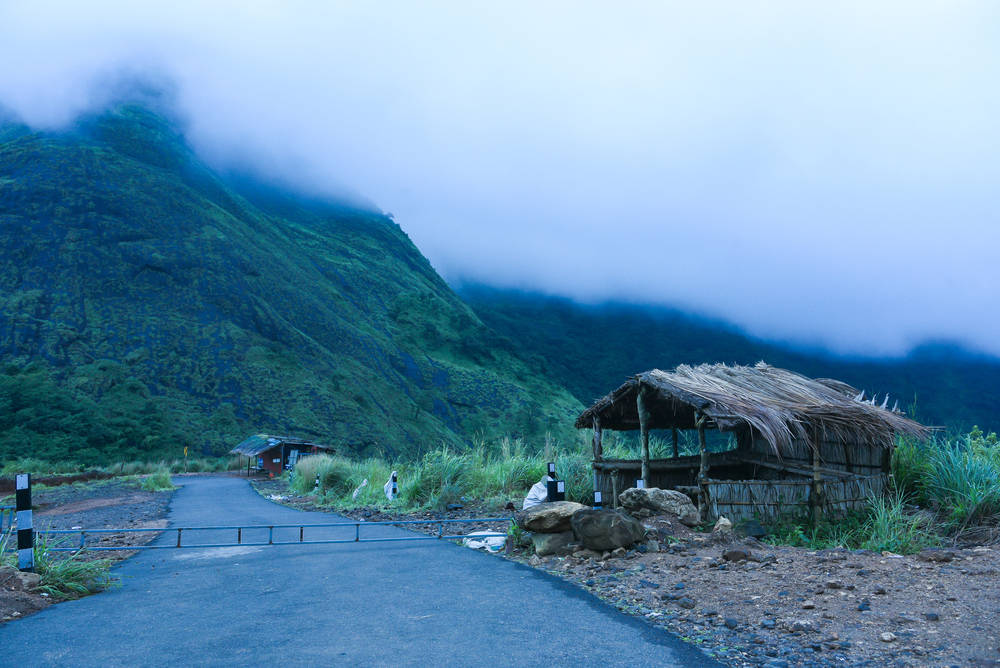 Apart from taking in the views we decide to visit Eravikulam National Park. There are elephants and leopards here but we don’t see them. We do, however, see a lot of nilgiri goats. They are one of the park’s success stories – 50 years ago there were only a dozen or so left and now there are several hundred. No longer afraid of humans, they potter happily among the rocks, occasionally pausing to gaze curiously at the tourists. More than two thousand Indian tourists a day visit the park, the vast majority of which is closed to the public. Be warned you have to queue unless you have pre-booked a ticket in downtown Munnar, which, of course, we hadn’t. I hate queueing at the best of times and when an obnoxious Saudi Arabian and his ménage attempt to push in front of us, I let him have it.

From Munnar, it’s a three-hour drive back to Fort Kochi and then a flight from Kochi to Mumbai, a four-hour wait, before a flight to Bangkok, which then connects to a flight to Samui. A marathon journey by anyone’s standards.

Read more: The true meaning behind the Indian head shake

As I think you’re now aware, we love India. But here are a few words of advice. If you’re our age, it really is worth hiring a car and a driver. The drivers are superb and the thought of doing some of those journeys by bus is not a good one. If you split the cost of the car (or minibus) and driver with another couple it’s not too expensive. You also have to be prepared for frustrating experiences at all airports. Security is bad enough at any airport these days, but in India it’s very intense and very time consuming. I fondly remember the days when flying was fun. I’d sit in the smoking section at the back of the plane happily puffing on Rothmans and sipping a large scotch. You can’t even pack a lighter these days.

On a personal note, we’d like to thank Anuj Negri at Earthen Experience Travel. His attention to detail is fantastic and he also makes the trip affordable.

They say it ain’t over till the fat lady sings. Well, she’s warbled her last note and the land of smiles, som tam and larb gai beckon.

Have you ever visited India?