Set sail on the 10 best river cruises around the world 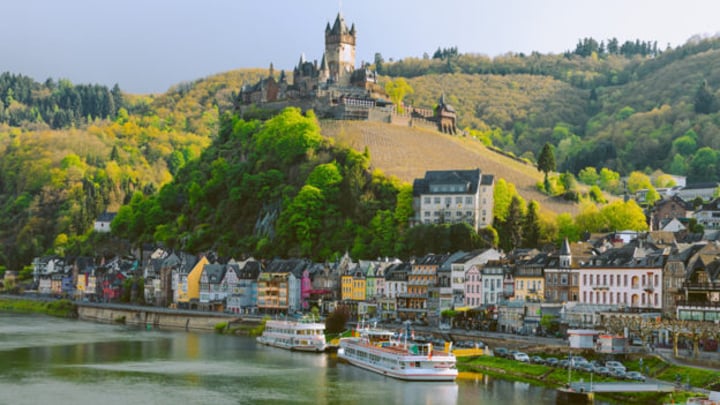 If you want to visit some of the best tourist destinations around the world without the fuss, river cruising is the way to go. River cruises are a fantastic way to see and explore new parts of the world while still enjoying all the fun and convenience that comes along with cruising.

Most river cruises regularly dock in different cities for the day or overnight, meaning you get to jump off and explore a new town or country throughout your trip. We’ve gathered 10 amazing river cruises for you to try.

For a brilliant showcase of breathtaking Australian scenery and its unique wildlife, the famous Murray River is the perfect way to see some of the untouched beauty South Australia has to offer.

Visit the Barossa Valley’s amazing wineries, go on a guided walking tour of the Swan Reach township, see towering sandstone cliffs at the Big Bend, experience a nocturnal tractor and cart ride and explore the Ngaut Ngaut Aboriginal Reserve archaeological site with an expert guide, plus much more. Learn more about this enchanting tour here.

If you’ve always wanted to experience the fairytale sights of Europe, look no further than a trip down the Rhine. The second longest river in central and western Europe, the Rhine travels through Switzerland, Austria, Germany, France and the Netherlands, so there’s no shortage of locations and castles to visit along the way.

A post shared by RLP Erleben | Romantic Germany (@rheinlandpfalzerleben) on Mar 9, 2019 at 5:53am PST

A river cruise through the Danube is a great way to experience Europe as it passes through a spectacular array of landscapes in Hungary, Slovakia, Austria and Germany. From the vineyards of Austria to the gorges and peaks of Germany there are a number of breathtaking reasons to take a trip through the Danube.

Planning a trip to Egypt? A river cruise on the Nile is a must-do as it’s one of the best ways to see the incredible ruins of ancient Egypt. In fact, most cruises will offer you the chance to visit a number of fascinating attractions along the famed river including the Luxor Temple, Karnak Temple and the Valley of the Kings, just to name a few. When you’re no on shore exploring the historic wonders, you can sit back on your deck and enjoy the magnificent sites as you sail past.

If you’re one for culture and religion, a cruise along India’s Ganges River is not one to miss. The Gages River flows 2,525 kilometres across India and Bangladesh into the Bay of Bengal, the northeastern part of the Indian Ocean. The river has many sacred temples settled along its banks, and if you’re interested in marine life, you might also be lucky enough to spot some of the dolphins that live in the river.

A river cruise is the only way to experience the legendary Yangtze River, the third longest river in the world. The river, which spans 6,300km, runs from the Tibetan Plateau across China’s vast hinterland to Shanghai and the East China Sea, however the most fascinating part of the river is the Three Gorges region. The three gorges on the river are the Qutang Gorge, the shortest and the narrowest of the three, the Wu Gorge, known for its forest-covered mountains, and Xiling Gorge, the largest and most downstream of the three.

Travel at 60 has a dedicated group tour of China (Yangtze cruise included) this November. Click here to learn more.

Flowing through the heart of Paris is the beautiful Seine River. The Seine flows from the English Channel at Le Havre across more than 700kms of France, winding through some of the country’s most famous regions and cities. Set sail in Paris and enjoy the iconic landmarks along the way, including the Eiffel Tower, before heading out into the breathtaking countryside for a relaxing holiday.

Stretching through China, Burma, Laos, Thailand, Cambodia and Vietnam, the Mekong River provides visitors with the chance of a lifetime to experience the wonders of each of these powerful and fascinating cultures and see world-renowned sites. If you’d love to delve into the incredible history of some of Asia’s most coveted locations, most river cruises visit many fantastic locations, including Phnom Penh in Cambodia where you can view the incredible Cambodian Royal Palace, Silver Pagoda and National Museum.

The Amazon River is a place like no other. It is the biggest river by volume in the world, and its basin is home to the Amazon Rainforest, which is the largest tropical rainforest in the world. The river stretches from Peru in the west to Brazil, and one of the most popular sections of the river is located in Iquitos, Peru. Take a river cruise to see the stunning landscape and unique wildlife — you might even spot a rare pink dolphin!

A post shared by Amazon River Expeditions (@amazonriverexpeditions) on Sep 21, 2017 at 9:11am PDT

For the travellers wanting to experience a bit of old-time American charm with a French twist, a cruise down the Mississippi River is a must-do. Flowing through 10 US states, most of these river cruises stop in charming and fascinating historical cities such as Oak Alley, a historic plantation located in Louisiana and Vicksburg in Mississippi, which is known as the site of a key American Civil War battle.

Have you been lucky enough to cruise any of these rivers?