‘An accident while travelling left me with PTSD’ 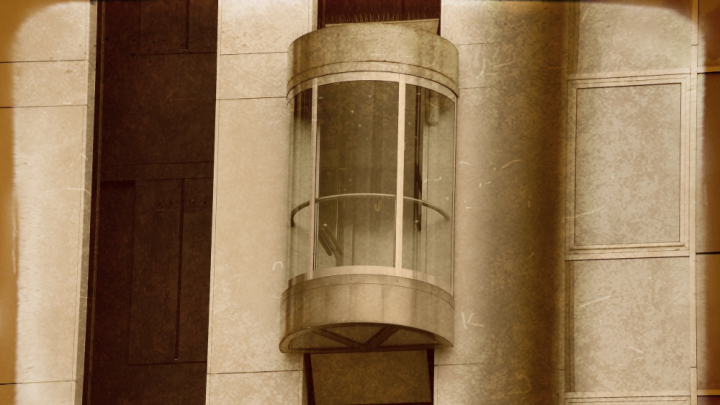 The night before my mother and I were to leave the United States and return to New Zealand on the Mariposa we had to stay in a motel in San Jose (just outside San Francisco). The children of our friends had measles and as I hadn’t had them, it was thought best for us to stay overnight and then be collected in the morning to be taken to the ship.

We arrived at a hotel in Palo Alto, California and what a shambles ensued. We booked in and then Mother and I got into the lift, which was one of those cool glass ones on the outside of the motel going up to the third floor to our room. However, the lift got stuck between the lobby and the first floor.

It was July 1959 and I remember it being extremely hot. There was no air-conditioning in the lift after about 10 minutes (the elevator had to work for the air to work). The sun was shining and we were stuck inside like fish in a bowl with another lady who started to hyperventilate. My mother got her to sit down and tried to calm her, but instead the woman had a panic attack. We were stuck inside the lift with no air, it was about 100F and rising and there was a woman flipping out.

Outside, in the lobby, people were trying to open the lift doors but they were firmly stuck. The lack of air inside caused a vacuum seal effect. It was so hot in the confined space that even more than 50 years later I can still remember how awful it felt. I’ve found myself have an occasional panic attack at having to take a lift too. Typically they called the police and a fire crew who endeavored to get us out. They didn’t want us to sue them (that’s a story for another time), so they were working very hard and very fast to arrange our exit.

We were trapped for 1.5 hours. By the time we were freed, we were feeling quite unwell and faint.

While all this was going on, in the lobby the service crews were trying to fix the lift and had gone down the service man hole and were working on the electrics. They were unable to break the windows of the lift as it was brand new and had very thick glass. It’s worth noting I’ve only been in two glass lifts since this event, and I bet you can’t guess why.

Finally the doors were prized open and we were helped out by two firemen and one policeman. We were assisted across the lobby and I was holding my mother’s hand. Halfway to the seats, I disappeared down into the man hole. I fell 16-feet into the service hole as the lid had not been put back properly by the crew, and the lid also fell on top of me. On the way down I took off my nose on the metal steps (I remember them as I fell) and landed in the bottom and then the lid fell on top of me. This lid was heavy and tiled as the lobby was black and white ceramic tiles, it was very pretty.

My mother was at the top of the service hole screaming down at me and the policeman leapt down and pulled the lid off me.I recall exactly what was inside this area to this day! I looked around it wasn’t very big maybe 6ft by 8ft. I felt very heavy and the policeman lifted me out. There was an absolute shambles at the top when I surfaced and I must have looked absolutely awful. My mother nearly fainted as my nose was missing (pushed up onto my forehead) and there was significant bleeding; blood was not only on my face and head, but all over my legs too. I had a broken femur and it was protruding through the skin. This for me wasn’t that traumatic, all I wanted to see was my face and no one would get a mirror.

I remember asking many times for a mirror over the next few hours but they wouldn’t show me as the bone was protruding out and there was no skin over it. My leg had been up behind me and was badly broken.

I wrote to the policeman who rescued me for 15 years after this incident. He retired from the force in ’61 and died in ’74. I will always be grateful to him for his help and his calm and amazing demeanor. It was so strange that he was so calm and everyone else was not.

When the ambulance arrived they wouldn’t take me as we didn’t have insurance, and according to the driver we were also aliens and therefore non-transportable. My mother walked up to this man and said, “If you don’t take my daughter to the hospital now, immediately, I will put a Maori hoodoo on you that will kill you and yours for eternity!” She was standing about 3 inches from his face.

The driver of the ambulance flinched and mumbled something, but they put me in the back of the ambulance and we took off with the siren going full bore. Nowadays I don’t flinch when I hear a similar siren, but for a long time I would tremble when I heard one. Of course, I am pleased that the sirens sound differently now.

The nearest hospital was the Palo Alto Medical Center attached to the Stamford University. It was their training hospital and a state of the art facility, but reasonably old. They backed into the bay and just as the doors opened out walked two doctors who were going home from their shift. They overheard my mother talking and because of her accent walked over and asked if we needed help? Mother told them we were from New Zealand and that she needed help with me as I was losign so much blood she thought I was at death’s door.

Doctors Mark Granis and William Fielder (their names are etched in my brain) took the gurney from the medic and ran me inside to the trauma centre.

Dr Fielder had been in NZ during the war and was a plastic surgeon and Dr Granis was a bone guru. Fancy out of all the world finding these two men in all this panic in America at the same time in the same place. There is a God!

Because of my injuries they were unable to give me any pain medication. I was fully awake and they started to work on me with a nurse. They cleared the blood and one doctor worked at my head and while the other was at my waist. They used all their skill to get me right.

My nose was stitched back onto my face. In fact, I had more than 350 stitches to repair my face. My leg was a different story — the bone was pushed back under the skin and there were stitches and screws to hold it in place. I still have the scars. I was put in traction for three weeks.

Following this incident I suffered post-traumatic stress and when I was 47, I had a psychotic break. It didn’t stop me travelling though.

Been travelling and want to share your story? Travel at 60 is calling for submissions from over-60s travellers. When your story is published, you’ll go into the draw to win some great weekly prizes. Send your submissions to [email protected]

Have you ever had an accident or injury while travelling? What happened?