Want to holiday here this year? Check out the top 10 Aussie towns of 2020 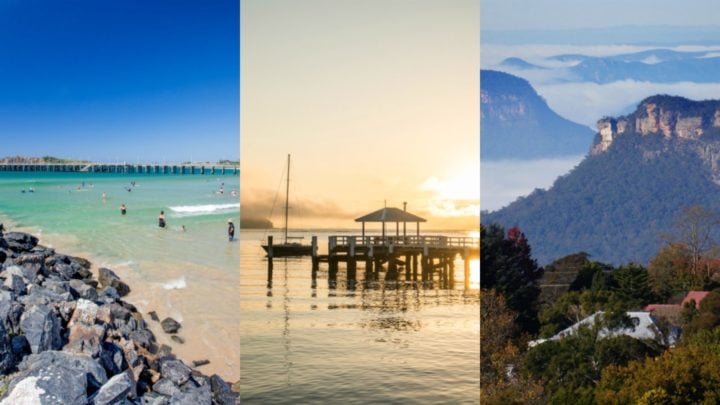 Wotif has announced the top 10 Aussie towns to visit in 2020.

Domestic travel is set to soar this year as Aussies throw their support behind towns ravaged by the terrible bushfires over the past few months.

From November to February, Australians battled fierce fires across much of the country, with hundreds of homes and businesses going up in flames. But residents are showing the true grit Aussies are famous for in rebuilding their lives, and millions of holidaymakers are expected to get behind them in the coming months by opening their wallets in regional areas.

One in three Aussies say they’ve “fallen back in love with travelling in Australia” and 41 per cent of Aussies are committed to travelling more in Australia in 2020, new research from travel comparison site Wotif shows. In fact, 12.6 million Australians are expected to support the local tourism industry this year.

If you want to do the same but are unsure where to head for your holiday, Wotif’s also provided some inspiration – the  winners of this year’s Aussie Town of the Year awards.

Coffs Harbour on the New South Wales central coast was named the number one destination for Aussie travellers in the awards. Home to the Big Banana, with lush hinterlands close by, Coffs Harbour has plenty to offer travellers of all ages, including the Dolphin Marine Conservatin Park, Muttonbird Island and the North Coast Regional Botanic Garden, plus year-round mild weather and good fishing.

Coffs Harbour was followed by Mackay and Airlie Beach, both in Queensland, Batemans Bay in NSW and tropical Cairns to round off the top five – all fab destinations for beach-lovers.

“Tourism is vital to many regional communities, with a record $77.5 billion spent on domestic travel last year, meaning Aussies have the opportunity to make a meaningful impact by choosing to holiday here this year,” Wotif MD Daniel Finch. “Whether it’s a weekend getaway or a week-long escape, 2020 is the year to discover your own backyard and book a getaway that gives back.”

Tourism Australia is also encouraging Aussies to ‘holiday here this year’ in a new campaign, with a website featuring inspiration on where to visit.

And Travel at 60 already has some great local deals on offer, including a package to the beautiful Whitsundays, Murray River cruising for just $750 per person for three nights, a five-night Cairns and Port Douglas self-drive holiday and a five-night Fraser Island and Hervey Bay getaway with other members of the Starts at 60 community.

Which town would get your vote? Are you going to 'holiday here this year'?