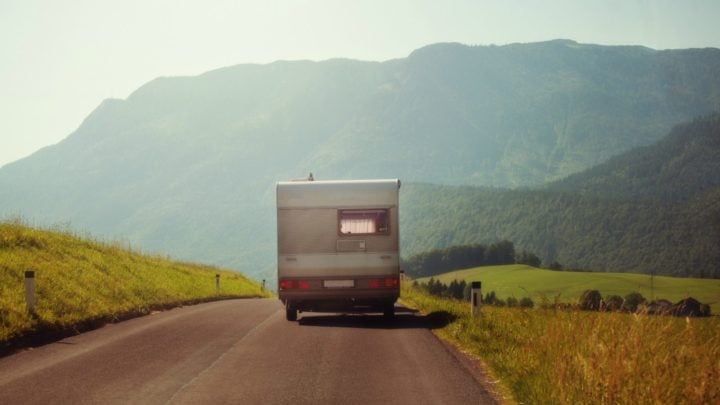 When it comes to travelling around Australia, one of the most popular ways to see the sights is to hit the road and go caravanning, giving travellers the freedom to hit the beaten track, explore lesser-known hot spots and be more spontaneous in their bid to soak up some true blue Aussie culture.

This trend is becoming increasingly popular, particularly with ‘grey nomads’ – a term used to describe over-55s who spend an extended period of time travelling. But now, it has been suggested that this demographic may need a lesson in caravan etiquette, one which goes further than simply following the rules of the specific campground or caravan park they are staying in.

The topic was debated this week on ABC Radio, as host Myf Warhurst discussed the behaviour of grey nomads with Chief Executive of the Caravan Industry Association Elizabeth White and comedian Tim Ross, following a fracas between some older travellers and local residents in Broome last week.

While slamming the alleged behaviour, caravanning expert Moss said she assumed it had come from tensions being heightened due to a long day on the road, or the stress of being on holiday. She said: “I would guess those people have travelled long distances for the day, it’s getting awfully close to beer o’clock or wine o’clock for them and they’ve pulled into a car wash and found themselves competing for the same site with a local.

“I think that’s the great message, you’ve gone on a holiday … you get there and suddenly here’s this last obstacle and it’s just a bridge too far.”

Myf Warhurst added that holidays can test even the most laid back people, reminiscing about tensions arising between her own parents during childhood getaways, joking that she often thought it would “end in divorce”. While funny man Ross argued that he could understand some of the frustration mature travellers feel due to the large proportion of young backpackers who travel the country these days, having enjoyed caravan holidays with his family as a child.

He continued “This could be the last generation who’s drawn to this way of travelling around Australia as well, and i think that these problems may not occur. It’s deeply entrenched that when you retire this is something you should do. Caravanning per se may disappear.”

The calls come just one week after allegedly aggressive grey nomads made headlines for causing a furore in the Western Australian town of Broome, annoying locals with their “grumpy” attitudes and lack of etiquette. Reports emerged claiming that older travellers who had descended on the town during peak seasons had been screaming and shouting at residents.

Read more: Calling grey nomads! A motorhome for those who want to road trip in style

Caravanning and Grey Nomadding forums were packed with debate from those on both sides of the fence following the reports, with some admitting they were embarrassed about the behaviour of some of their cohort, while others claimed that they feel grey nomads are repeatedly faced with poor service and bad experiences in regional Australian towns.

Meanwhile many Starts at 60 readers weighed into the debate, with one saying: “No one should be rude, but living in a place that has nearly four times the population in the summer, every one needs to be more tolerant. You appreciate the extra financial input, but our shops, roads and hospital are stretched. Visitors should remember it’s where locals live and work all year.”

Another recalled the great time they’d had in Broome: “We went to Broome last year & loved it, although not in a caravan. The people were friendly, the supermarkets had enough food & the scenery fantastic, you find whingers every where, we enjoyed talking to the overseas backpackers in cafe’s & restaurants finding out where their from etc all were lovely. Would go back any day.”

Do you enjoy caravan holidays? Do you agree that people should follow ‘good caravan etiquette’ when travelling around the country?