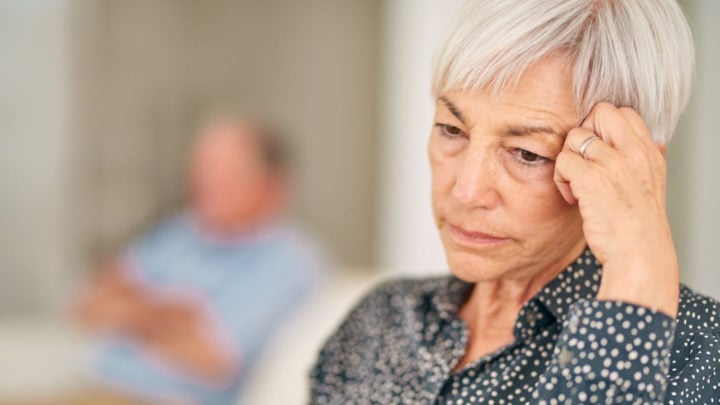 Older adults are being encouraged to keep busy and motivated in retirement, as new research reveals that disengagement from difficult tasks and goals could lead to cognitive decline.

The research, published by the American Psychological Association, found retired women in particular are at risk of cognitive decline, and may experience problems with memory, reasoning and processing information.

As part of the study, researchers measured participants’ level of goal disengagement, or people’s tendency to lower their ambitions and decrease commitment to personal goals. Participants were asked to rate their level of agreement with statements such as, ‘to avoid disappointments I don’t set my goals too high’ and ‘I feel relieved when I let go of some of my responsibilities’ on a scale from one to four.

They also took a test by phone to measure basic cognitive functions such as memory, reasoning and processing speed. Lead author Jeremy Hamm from North Dakota State University said the study raised questions about how individual differences in motivation and gender may play a role in cognitive decline and points to the potential importance of continuing to engage in mentally-stimulating activities in retirement.

“Our premise was that not all those who retire are likely to be at higher risk of decline,” he said. “We thought that individuals who retire may be more or less at risk, depending on their tendency to disengage from challenging tasks and goals that could otherwise provide a source of mental stimulation.

“This may be a significant challenge for people who have a tendency to let go of goals when they encounter initial obstacles and setbacks.”

Researchers subsequently found retired women who were prone to disengagement showed steeper declines in cognitive functioning than their peers who remained employed. However, Hamm said they found no differences between retired and working men who were prone to disengagement, whose higher socioeconomic status may have protected them from early decline.

While the research revealed not everyone is at greater risk of cognitive decline in retirement, he said people should still do their best to stay engaged through mentally-stimulating activities such as reading or playing word games.

“However, personal agency and motivation may come to the fore at this stage of the lifespan since these activities often need to be self-initiated and autonomously maintained,” Hamm said.

Hamm isn’t the only one encouraging goal-setting in retirement. Researcher Dr Adam Fraser, who recently released a new book titled Strive, said retirees should continue to challenge themselves to keep life exciting.

While writing the book, Fraser spoke to many people including professional athletes, retirees and others who have achieved big life goals, and perhaps surprisingly, they all admitted the feeling of success after achieving these goals was fleeting. Instead, they said it was the journey and overcoming obstacles that brought them the most happiness.

“When we set a goal, we believe that the achievement of the goal is going to be the best part,” Fraser said. “But what our research shows is that most people enjoy or get fulfilment from striving towards a goal, rather than achieving it. That’s what happens to people in retirement, they enjoy it for a while but then they go into this flat spot where they feel lost, feel like they’ve lost their meaning in life.”

Fraser said what you do to fill your time is up to you, but some options that can keep you striving include taking up casual work, focusing on hobbies, helping out with a charity or using your skills to mentor others.

“Retirement can be a glorious, awesome thing,” he said. “It’s just ensuring that strive continues and that you’re challenging yourself; that’s the real key.”

How do you keep yourself busy in retirement? What are some of your favourite hobbies?