What happens if you pre-pay your funeral and then move interstate? 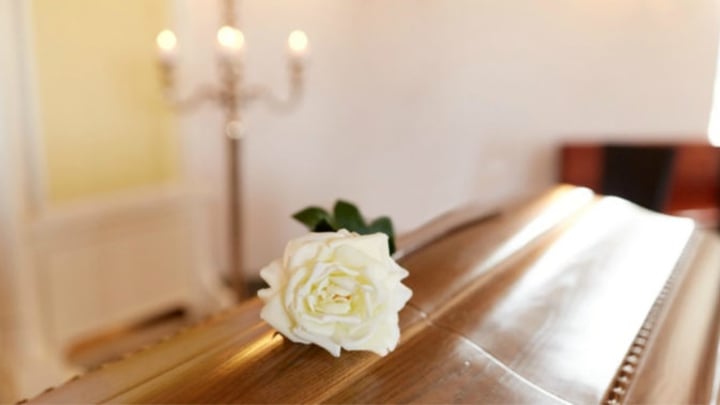 Pre-paid funeral arrangements are a great way to alleviate financial and emotional pressure from your loved ones, but what protections are in place if the business you're dealing with goes bust? Source: Getty

There’s no denying that funerals can be pricey, with often thousands of dollars spent on providing the perfect send-off for your loved one.

From the flowers and the coffin to the death certificate, it doesn’t take long for the cost to add up. In Australia, you can expect to cough up between $4,000 and $15,000 overall, depending on how elaborate you’d like the service to be. So it’s no surprise that families experience stress and anxiety when planning a funeral. To alleviate some of this financial pressure and make the process as easy as possible, many opt for a pre-paid funeral arrangement.

Through a set contract, you can allocate your money in such close detail that you also take care of planning your service whilst you’re paying it off. This arrangement not only allows you full control over your service, but it also lessens the burden on loved ones.

However, as with anything, there are a few risks involved. Changing your mind may cause issues, as getting a refund or transferring to a different provider (particularly interstate or internationally) may not be possible. While all of this information is included in the fine print of the contract, in times of stress it can be overlooked which can lead to much distress and financial issues after the person has passed away.

Cale Donovan, the co-founder of Bare Cremation, said in most cases funeral directors legally have to transfer the pre-paid funds, minus GST and admin fees, directly into third party institutions. This means they won’t actually receive the money until the service has been provided.

InvoCare, Australia’s largest funeral provider which has brands including White Lady and Simplicity, invests any money given towards a pre-paid funeral into an independent trust called The Over 50’s Guardian Friendly Society Limited. This is an Australian Prudential Regulation Authority (APRA) registered organisation, so families can rest assured their money is held safely until the time comes for the funeral service arrangements to be finalised. The society bears any investment risk and ensures the selected services will be provided at the time of need, according to the wishes set out in the contract.

It also complies with all state and federal laws, such as the Funeral Funds Act, giving customers maximum security. And importantly, if the person moves interstate, their money and funeral plans will go with them.

“As we have more than 270 locations across Australia, if the family moves interstate they are able to transfer their plan to another InvoCare funeral home,” an InvoCare spokesperson said. “However, the price may differ slightly in another state.”

Donovan said any funeral director worth working with should allow you to change providers, even when moving interstate. There could be price differences, but under no circumstances should they just take the money.

However, unfortunately, there are some funeral directors who don’t follow this procedure, and so people can get caught up if they haven’t read the fine print carefully. Pre-paid funerals aren’t regulated by the Australian Securities and Investments Commission (ASIC), however, there are occasionally local laws that apply in certain areas of the country.

According to Donovan, over the year’s companies selling pre-paid arrangements have opted not to put customer funds into a third party institution, they have then gone bankrupt and taken the money for themselves and run.

“Make sure you read the fine print very carefully, so you know you’re catering for all potential circumstances, including if you want to add or take away things from your service or change funeral providers and move interstate,” Donovan said.

Do you have a pre-paid funeral arrangement? Have your loved ones had any issues with arrangements when moving interstate?