Older Aussies would be better off with universal pension system, expert says 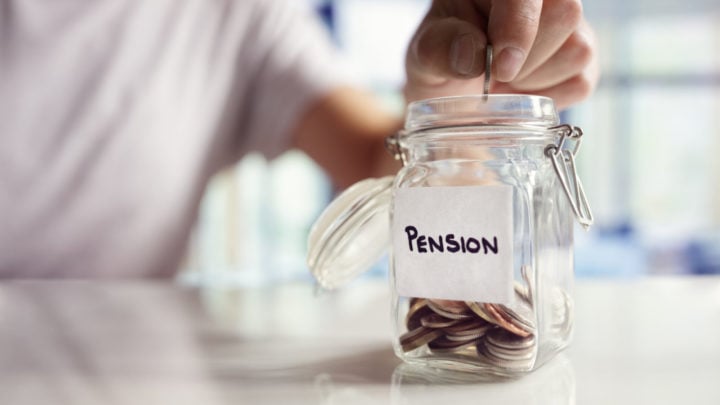 Mercer has suggested a transition to a universal Age Pension in Australia. Source: Getty

Australian seniors could see a change in the way they receive funding from the government, with experts suggesting the implementation of a universal Age Pension.

Finance company Mercer has advised scrapping the current system, which sees Centrelink assess a person’s potential assistance in what’s called an assets test, and opting for a simpler solution.

Currently, when applying for the government assistance, there’s a long list of assets that need to be declared, ranging from property and business interests and personal items such as jewellery and computers, to financial investments and income streams, including superannuation and income.

Each single person or couple is allowed to have a certain value of assets before it affects their Age Pension payment. However, in its submission to the Treasury for the Retirement Income Review, Mercer says the government should get rid of the assets test altogether in a bid to simplify the Australian retirement system.

The actuary says the test is the primary obstacle to an effective interaction between the three pillars of Australia’s retirement system – Age Pension, compulsory super and voluntary savings.

Mercer partner, Dr David Knox, says the original purpose of the assets test was to ensure that those most in need had access to the Age Pension, alleviating poverty among seniors. However, it’s use has extended far beyond this, with two-thirds of Australians above the eligibility age accessing the part or full pension.

Knox says with a universal Age Pension, all eligible individuals would receive the pension, giving enormous benefits for retirees and households, as well as the economy and the superannuation industry. According to Knox, with the right tax structure this method would be feasible and wouldn’t have a substantial impact on the government’s budget.

“Significantly, if the universal Age Pension was an important source of retirement income for all Australians together with superannuation, the Superannuation Guarantee rate need not rise to 12 per cent, while still providing the same living standard in retirement for average income earners,” he says.

“This would reduce the cost of projected superannuation taxation concessions, increase the level of take-home pay and increase taxation revenue. But, if the pension remains means-tested, the Superannuation Guarantee must rise to 12 per cent.”

In its submission Mercer also considered how the costs of a universal Age Pension could be funded. The actuary suggests taxing the Age Pension for all who receive it and modifying the tax arrangements for super, such as introducing a limited tax on the investment income generated in the pension phase.

Meanwhile, Mercer also highlighted the various other benefits they believe would come from a universal Age Pension, including providing stronger incentives to downsize from the family home and providing retirees with greater security of income with the knowledge of longevity protection.

“While the universal Age Pension may not be a viable option in the current political environment, it’s a compelling proposition for a simpler, more effective system with a clear objective that delivers stronger long-term retirement outcomes for older Australians,” Knox adds.

Do you think a universal Age Pension is a good idea? What changes do you think need to be made to improve retirement income?