Don’t punish them! Calls for government to let seniors work without pension cuts 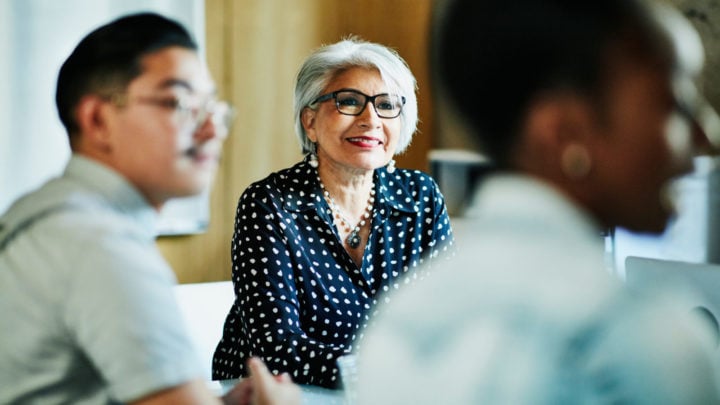 National Seniors has called on the government to allow pensioners to work without cutting their pension. Source: Getty

The country’s peak body representing older Aussies has called on the government to cut seniors some slack and let them work without having their Age Pension entitlements penalised.

National Seniors released a submission to the Retirement Income Review this week, suggesting changes to the current reform which sees seniors have their government assistance docked when they reach a certain income through employment.

Currently, eligible singles can receive up to $933.40 per fortnight as part of the Age Pension, while couples may get up to $1,407 combined. However, once they earn above $174 a fortnight for singles, or $308 for couples this amount will start to decrease by 50C for each dollar over.

Ian Henschke, chief advocate for National Seniors, has labelled this system unacceptable and said there are “too many perverse disincentives built into our retirement income system”. Instead, he suggested following in the lead of countries such as Canada and New Zealand which both allow pensioners to work without penalising them by cutting their pension.

Henschke called on the government to throw their support behind the country’s older population and encourage work in later life to boost savings and ultimately allow people to become self-sufficient. He said this is particularly important for those who haven’t accumulated adequate savings or superannuation throughout their lives.

“Pension rules create sweet spots which discourage people from saving more out of fear of having their pension reduced or disappear,” he said. “The current assets test taper rate, which was unfairly increased in 2017, sees a couple with $400,000 potentially earning $1,000 a month more than a couple with $800,000 in savings.”

The retirement income system was also labelled as too complex for the wider community to understand and suggested without advice from finance professionals, people could be missing out on potential savings in retirement.

“National Seniors believes the system should provide a more optimal approach to saving that encourages more low and middle income earners to save more for their retirement while not discouraging those who save more,” the submission said.

“The current system does not adequately encourage low and middle income earners (who make up most of the population) to contribute more to their savings, but instead provides excessive incentives for a smaller number of high-income earners to maximise their wealth.”

Meanwhile, in its submission National Seniors also raised the interrelation between the ‘pillars’ of the retirement income system; superannuation, the Age Pension and declining rates of home ownership. The organisation said some Aussies who have saved to become self-sufficient in retirement feel as though they’re being punished by the government for doing so and can’t access benefits that those who rely on the pension receive.

Seniors themselves shared their words of hardship in the submission, with many claiming they probably would have been better off if they hadn’t built significant savings.

“Why is it that a self-funded retiree couple who provide for themselves and live on the same amount as a couple on a government pension, don’t receive the extra benefits that a government pension gives. i.e: discounts on registration, electricity, water, council rates, etc,” one Aussie senior wrote.

“We have worked very hard for our retirement and to be mortgage free. We don’t want to be a burden on society nor our children,” another said. “Medical costs, energy, utilities, fuel, food etc. are escalating so we need to ensure we have funds available for what has become basics.

“We can’t afford to eat out! We only go to the movies once in a while and on a day when the tickets are for seniors. We notice people on pensions seem to live far better than we do with all their concessions!”

Do you agree with National Seniors? Would you benefit from working without a pension cut?