How to help your adult kids without giving them a penny 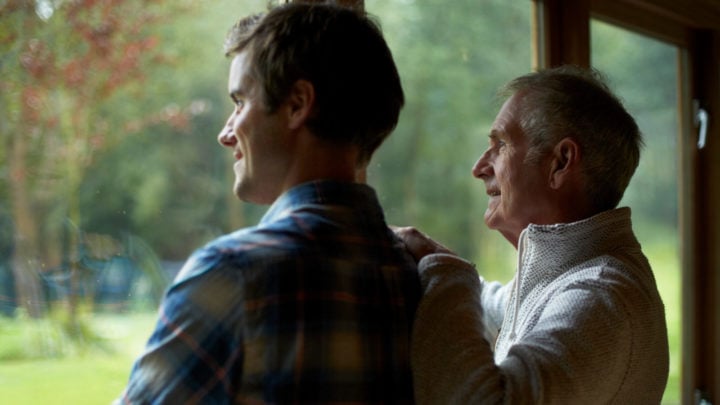 Helping adult children save for a home and reach their goals can be done without simply handing over the money. Source: Getty

The Bank of Mum and Dad may be growing in popularity as Millennials draw upon their parents’ savings to help buy a house or establish themselves in the wider world but this option is having detrimental effects on Baby Boomers as they struggle to save for retirement.

Last year research revealed that almost two in three parents (65 per cent) are currently making financial and personal sacrifices for their adult children and grandchildren, helping them to plan and save for the future. The study commissioned by Homeloans also found that, of those willing to open up the personal bank to help their kids out financially, 29 per cent were prepared to work past the usual retirement age.

So instead of dipping into the savings and making things tougher for yourself, it may be best to try these alternatives first:

Let them use your car

Cars can be incredibly expensive with registration, insurance and licence fees to consider, not to mention petrol costs, which can increase at any point. If you live in the same city or town as your adult kids then lending them the car when they need it most could be a huge help.

Instead of leaving your car sitting in the street, with expenses piling up, you can simply hand over the keys if you’re jetting off on holiday or have no need to use it for a few days. To ensure the kids aren’t racking up the kilometres and leaving you out of pocket though, a deal could be arranged so they have a set dollar amount per month or per km to use. Or alternatively, you could simply ask them to refill the tank after each use of the vehicle.

Time with your grandkids is always valuable and looking after the little ones can help to save your children a bucket load, especially with the increasing costs of childcare. There are bonuses on both sides with the kids’ well earned cash going straight into the savings, while you get the enjoyment of hanging out with the grandchildren and building relationships. Not only that, there is generally trust between you and your grandkids built already, making babysitting duties that much easier.

There is research to prove the benefits of granddads and grandmothers taking on childcare duties with a survey by finder.com.au showing grandparents were collectively saving working families very close to $2.3 billion a year in childcare fees. Finder‘s analysis of Australian Bureau of Statistics (ABS) data also found that 900,000 Aussie children (aged 0-12) are cared for by their grandparents instead of attending formal daycare.

Open up your home

While for most Baby Boomers the thought of living at home with their parents into their 20s and 30s was very much frowned upon with teens quick to set up their own homes with friends or a partner back in the day, things have taken a drastic turn since then. Inviting your kids back under the same roof may seem like an odd idea but nowadays it is perfectly normal with data revealing that young adults are choosing to live with their parents for longer than ever.

Data compiled by the Household, Income and Labour Dynamics in Australia (HILDA) Survey found that around half of Australians aged between 18 and 29 are still living at home with mum and dad, with young men more likely than young women to make the most of their parents’ generosity. If you’re willing and ready to share the space again, this could be an excellent plan to help your kids save money, even if its just for six months or so to help them avoid rising rent costs and build up their savings.

Add them to your health insurance

In Australia, adult kids can fall under their parents’ health insurance up until the age of 25, under certain circumstances. For mums and dads it usually doesn’t cost much extra to include them on their policy and it saves children forking out $150 or so a month that could be going towards a house deposit.

Unfortunately not everyone falls under the category allowing them to be included on their parents’ cover, with only student dependents – those who are studying full-time and are financially reliant on their mum and dad – covered. Children who don’t fit into this section can only be a dependent until the age of 18 or 21, depending on which provider is chosen.

Meanwhile, children are also only able to be classified as a dependent if they are unmarried, so as soon as vows are exchanged they will have to be removed. Although this assistance isn’t as long-lasting as other options, it will still help the kids with their finances, and it’s a win-win situation really with parents having the peace of mind that the children are protected.

Do you have any suggestions of how to help adult children without breaking the bank? Do you support your kids financially?