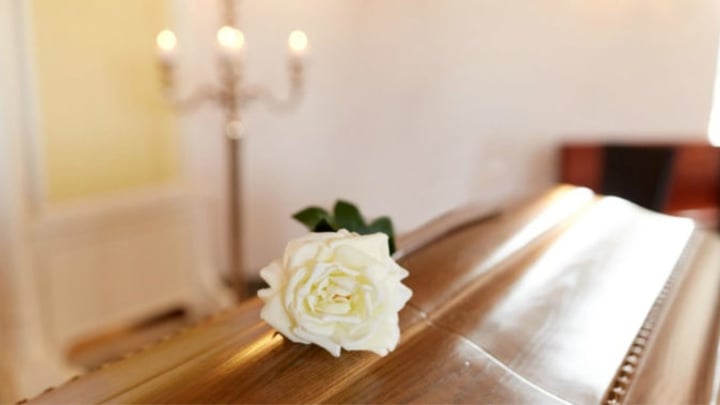 Pre-paid funerals are a popular option in Australia and now Choice has investigated just where that money is going. Source: Getty

From flowers to memorial books and urns, even the smaller items involved in a formal goodbye to a family member can mean the price of a funeral quickly adds up – which can result in a big and unexpected expense for your family. That’s why many Australians choose a pre-paid funeral, to make sure their loved ones aren’t burdened by the costs or stress of organising their funeral.

Pre-paid funerals shouldn’t be confused with funeral insurance. With pre-paid funerals, the total cost of the funeral the pre-paying customer chooses is paid up-front or instalments to the funeral provider at today’s prices.  Funeral insurance, meanwhile, involves paying regular premiums in return for a fixed amount of cover, usually between $5,000 and $15,000, that is paid as a lump sum to a beneficiary when you die – who can then use the sum to pay for your funeral.

Funeral insurance is frequently criticised because the premiums usually rise over time, and that causes buyers to cancel their policy, meaning they lose the benefits of the premiums they’ve already paid. And because it’s not clear when you’ll die, it can mean that some buyers spend far more on premiums over the years than their lump sum is actually worth.

But it’s pre-paid funerals that have come under fire this week, with Choice, Australia’s leading consumer advocacy group, claiming that funeral providers are unfairly profiting from Australians who purchase pre-paid plans.

“Australians don’t always get the full benefits when it comes to prepaid plans,” Choice’s investigative journalist Saimi Jeong said. Choice focused on InvoCare, Australia’s largest funeral provider, which operates well-known names including White Lady Funerals and Simplicity. According to the Choice, InvoCare made $800,000 in 2019 with money “left over” from pre-paid funerals.

So, how do pre-paid funerals work?

When you purchase a pre-paid funeral, you may imagine that the money you’ve paid stays in a bank account with a specific sum attached to your name, ready to be spent when your time comes.

But, in fact, InvoCare doesn’t keep the money it receives from people who buy a pre-paid funeral. Instead, the cash is handed to an independent investment company, called the Guardian Over 50s Friendly Society, that invests it in common assets such as shares and property.

InvoCare’s most recent financial statement, for the six months to June 30, shows that there was almost $600 million invested with Guardian Over 50s Friendly Society, and that the company expected to spend at least $520 million of that money, based on the current cost of providing the funerals it has promised to deliver for pre-paid customers.

While that gives InvoCare a paper gain of almost $80 million, the company is taking on the risk that the cost of providing the promised funerals will go up – as all costs tend to do over time. Making investment returns on the money customers pay for pre-paid funerals is a way of protecting the company against these higher costs, as well as compensating it for removing the risk from the customer of funeral costs going up.

This is similar to how insurance works – your home insurance premiums, say, aren’t set aside so the insurer can pay to rebuild your home should the worst happen. Instead, your premiums are pooled with other peoples’ premiums and invested by the insurance company, which pays claims out of this pool of money but also retains the investment returns to help fund its business and compensate it for taking on the risk of a spate of payouts through a large-scale disaster, for example.

InvoCare doesn’t receive the money for a funeral or any of the investment gains that may’ve been made on that money until it has actually delivered the funeral. There’s also a risk that the invested funds will fall in value, which means that InvoCare would have to provide funerals to its pre-paid customers at a loss to the company.

Michael Hamilton, the general manager of pre-need at InvoCare, says the company ensures its pre-paid customers receive exactly the funeral they chose at the time they bought it from InvoCare, whether that funeral ends up being more or less expensive than it was at the time of purchase.

How to buy a pre-paid funeral

The Australian Securities and Investments Commission’s Moneysmart site doesn’t find particular fault with pre-paid funerals but does recommend that you ask for a full description of the funeral you’re purchasing and the associated costs – any funeral provider that fails to provide this is in breach of the Competition and Consumer Act 2010.

Moneysmart also cautions that pre-paid funerals can be inflexible, in that if you move interstate, you may not be able to transfer the location of your funeral to your new location. And it may not be possible to get your money back once you’ve paid for your funeral, should you change your mind later, so it’s important to check for any exclusions in your contract.

Moneysmart does note that pre-paid funeral products can be much cheaper than purchasing funeral insurance if you live for five or 10 years after you purchase the plan.

Have you pre-paid for your funeral? Do you feel that was a good choice or do you regret taking the pre-paid option?