How long will I be retired? Understanding the latest longevity stats 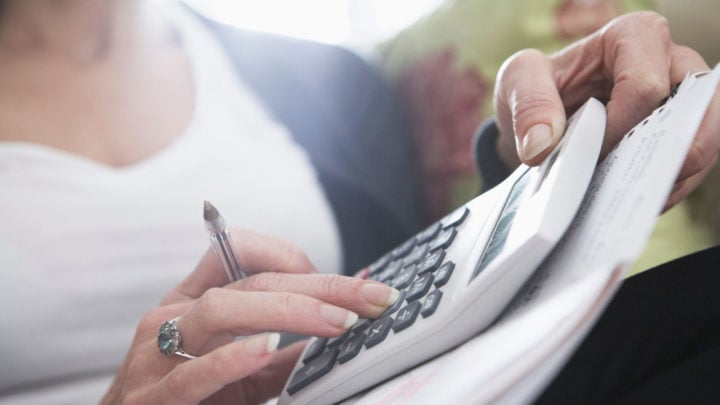 Living a long and healthy life seems ideal, but according to Finance and Financial Planning Lecturer at the University of the Sunshine Coast Gabrielle Parle, many are underestimating the costs associated with a longer retirement. Source: Getty

While your parents and grandparents may have enjoyed 10 blissful years of retirement before they passed away, the life expectancy of average Australians has increased dramatically in recent decades, seeing people live long and healthy lives well into their 80s and 90s.

The most recent Australian Bureau of Statistics figures revealed Aussie blokes have an estimated life expectancy of 80.5 years, while females are living until approximately 84.6-years-old. While this is good news, increasing longevity also brings with it the potential for increased financial pressure as you may need to budget for two or three decades of life without paid employment, with only your savings or the Age Pension to live off.

With the majority of Aussies nowadays working until their mid to late 60s, this means you’ll have at least 20 years of retirement. Although these numbers sound appealing, giving you more time to watch the kids and grandkids grow up, unfortunately the reality sees many people finding themselves out of pocket before their time is up.

Finance and Financial Planning Lecturer at the University of the Sunshine Coast Dr Gabrielle Parle told Starts at 60 that people are simply not joining the dots and entering retirement unprepared with not enough savings in the bank. Adding that unfortunately, retirees aren’t aware that this could be an issue, until it is too late.

“The best thing is to ‘rehearse’ retirement, just like you would do for a big life event, such as a wedding,” she advised. “But in the case of retirement you only get one chance to make it.” Adding: “Leaving the jobs market for retirement necessarily happens when we are mature-aged. And once we exit the jobs market, there is little chance of re-entry.”

Whether you have already retired or a seriously thinking about it, Parle said you must take time to consider your cash flow situation and how you will fund that last 20 or so years, including how much of your well-earned funds are being handed to the kids. The Bank of Mum and Dad is becoming the go-to option for many adult children to purchase their dream home with recent research from the 2018 Generational Property Ladder Survey revealing that almost two in three parents (65 per cent) are currently making financial and personal sacrifices for their children and grandchildren in helping to plan for the future.

The study, commissioned by Homeloans, also found that, of those willing to open up the Bank of Mum and Dad to help their kids out financially, 29 per cent were prepared to work past the usual retirement age. Meanwhile, just under a third (30 per cent) said they would dip into their own savings in order to give their children and grandchildren a helping hand, and one in 10 said they would go as far as remortgaging their own home to free up cash.

According to Parle this is a difficult and dangerous journey to take, especially given Aussies are living much longer than before. She said although instinctively you’ll want to hand over a whole chunk of cash to relieve the pressure from the kids, sometimes it’s not a smart idea.

“The danger here is that our hearts rule the decision,” she explained to Starts at 60. “The Bank of Mum and Dad is founded on altruism, not profit. Which is a lovely thing but not if it imposes punishing consequences on mum and dad.”

The expert added: “Time and again the experts tell us not to tangle emotion with what needs to be a dispassionate, economic decision when it comes to our money.” Sadly for some their giving nature has led to them stretching their money thin later in life and not having the funds to support a retirement they truly wanted.

Although superannuation and the Age Pension are in place to help support retirees in Australia, for some it’s simply not enough. Following the announcement of the government’s review into the retirement income system, Parle called on policymakers to step forward and take action where it’s needed to avoid Aussies falling into a financial trap.

“The financial advice industry has a key role to play in supporting retirees, especially those with low net worth,” she told Starts at 60. Ultimately, we also need to take agency over our retirement ourselves and engage with our super funds, consumer support groups such as ASIC (the Moneysmart website is brilliant) and each other.”

In one last note to retirees or those soon to venture towards the next stage of life, Parle added: “Word-of-mouth information exchange is valuable. We must resist our natural human urge to be short-sighted and instead force ourselves to think and plan ahead at least 10 years before retirement.”

Do you believe you are prepared for a long retirement? Do you have any financial advice to pass on to recent retires to make their money last?