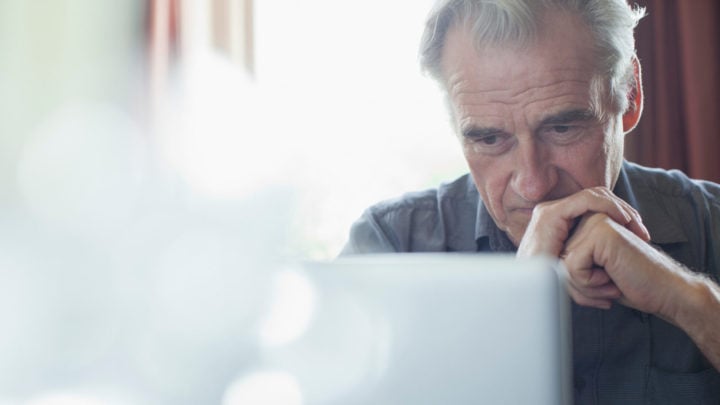 Many Aussie retirees are managing their money without the assistance of financial advisers. Source: Getty

Aussies are less prepared for retirement than their global peers, with many independently navigating their way through the process without a financial adviser or even their discussing their plans with their partner, according to new reports.

While you may feel like you’ve got a handle on money matters, new research has revealed only 24 per cent of Australian retirees are working with a financial adviser, despite almost half of those surveyed acknowledging that having an expert involved is important to their retirement planning and income.

This is the lowest incidence among global peers involved in the Franklin Templeton survey, with 57 per cent of retirees in Canada and 47 per cent in the US stating they are working with an adviser. While the survey results found Australians aren’t disengaged in their retirement finances – as is sometimes suggested – it did prove those in the Land Down Under have less professional support than others in the world.

However, the global asset management firm’s Head of Retail Manuel, Damianakis said in some cases, it’s not that Aussie retirees don’t want help, it’s that they simply can’t afford it, with a whopping one third claiming the cost of seeking the help of a financial adviser was out of their reach.

But in saying that, there was still one third of respondents who said they didn’t feel the need to see an adviser or prefer to do it themselves. Although this may not be the best option, with one in three Aussie retirees claiming when it comes to spending their retirement savings, they don’t have a strategy – they just spend what they need each year and hope it will last. Many also lack a contingency plan if they aren’t able to manage their finances.

Speaking to Starts at 60, Damianakis explained while everyone should be encouraged to take a strong interest in their retirement finances, attempting a ‘flying solo’ approach may come at a cost.

“Given ongoing market volatility and protracted low interest rates, it would be unwise for retirees to adopt a set and forget approach to their savings and investments and this is often where those working without professional advice become unstuck,” he said.

“As an industry, and as a society, we need to navigate a better path where all retirees can access professional advice and still feel they have sufficient self-management and control.”

But it’s not just financial advisers Aussie retirees are leaving out of their plans for the future. Of those surveyed, only 54 per cent with a partner said they coordinated their retirement planning with their spouse prior to leaving the workforce, reflecting a potential lack of forethought when it comes to the important transition.

Again, this figure is the lowest among global peers, with 59 per cent of Canadians working with their partner on their retirement plan and 61 per cent in the US. Damianakis said the figures are concerning and that not speaking about plans for the future could lead to financial difficulties for couples later down the track.

“Not discussing retirement finance with one’s life partner increases the potential that planning will be inadequate as potentially half the need – and half the resources – may not be factored into planning,” he said. “Couples need to discuss their retirement plans to ensure there is adequate planning and that their joint needs and total pool of wealth are taken into consderation.”

Whether you’re single or have a partner, getting advice from a financial planner to help map out your future post-paid employment is recommended. Those who have ventured down that path claimed it has many benefits, including helping to establish financial goals.

And for Aussies who have already retired, it’s not too late to seek help from an adviser, with survey respondents claiming it ensures their retirement income continues to be sustainable to meet their evolving needs, including factoring in  unexpected medical expenses.

According to Damianakis, all of this results in a happier and more enjoyable retirement.

“Having a plan to guide you in retirement goes a long way when it comes to feeling confident and prepared for the future,” he said.

Have you sought retirement planning advice from a financial adviser? What benefits have you seen from it?