Feeling left out: How a family provision claim could change your estate wishes 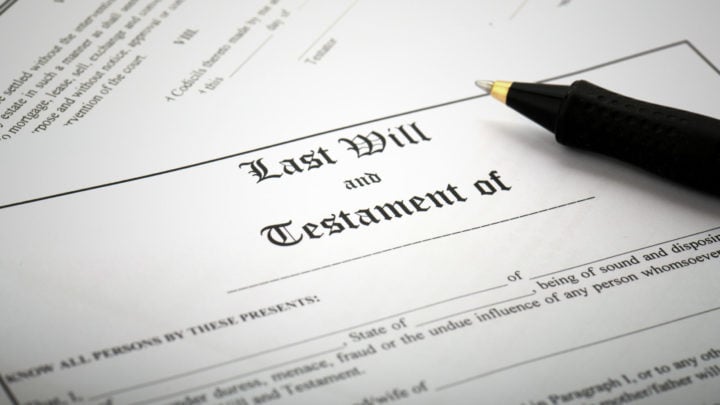 Just because you have a will, doesn't mean your estate will be split how you wish. Source: Getty

Marrying the wrong person, not marrying at all, being a general disappointment, being neglectful or being downright abusive. These are just some of the reasons that parents drop children out of their wills.

But is there really such a thing as ‘testamentary freedom’? And can a parent simply leave one of their children out of their will?

In theory, yes – we can make our wills in whatever terms we like and leave our estates to whomever and however we like. But, beware, the law can rain on your wishes.

In a recent case, a father died leaving most of his estate to his elderly sister and $20,000 to his son. The father left a signed statement saying that his son had treated him badly and been a “great disappointment to him”. The son made what is called a family provision claim asking that the court, in effect, change the will and make provision for him out of his father’s estate.

The 39-year-old son told the court he was unable to work due to a number of health issues and that a nasty family law split between his father and mother had impacted his relationship with his dad. Despite the father’s signed statement explaining the reasons for his will, the judge approved a settlement that saw the son receive an additional $100,000 out of the small estate.

Family provision claims first arose in the 1900s when a wealthy father left his estate to his mistress leaving his widow and five children to live off the public purse. Today, these sorts of cases are becoming increasingly common.

Family provision claims can be made by spouses (including de facto and same-sex spouses), adult children, dependant parents and dependants under the age of 18. Although some claims appear to be no more than sheer opportunism, there are other situations where a person has a genuine need to be provided for, even though the deceased didn’t think so.

Certainly for a claimant to be successful in these cases, they must be able to point to a  financial need, but ‘need’ is relative and even people who are well-off can show need if the estate is large.

One of the most common situations giving rise to these claims is where an estate is left to the adult children and one of the children claims that, due to difficult financial circumstances, they need greater provision than their siblings. De facto relationships are also featuring more prominently in family provisions claims. However, while a de facto has a right to claim, proving a de facto relationship can be difficult.

Beware also, if you’re thinking of making one of these claims, there are time-limits that have to be met and you’ll need legal advice, pronto.

As with many rights, there comes responsibilities. While you do have the right to make your will in the way you want, the law seems to say you have a responsibility to do it fairly. What you want, and what is deemed by the court as fair, can often be different. Your will may have the second last word on your wishes. The law may have the last.

Were you aware of the changes that can be made to your will after your death? Have you ever had any disputes involving family provision claims?