This could be the dream retirement destination for horse-racing fans 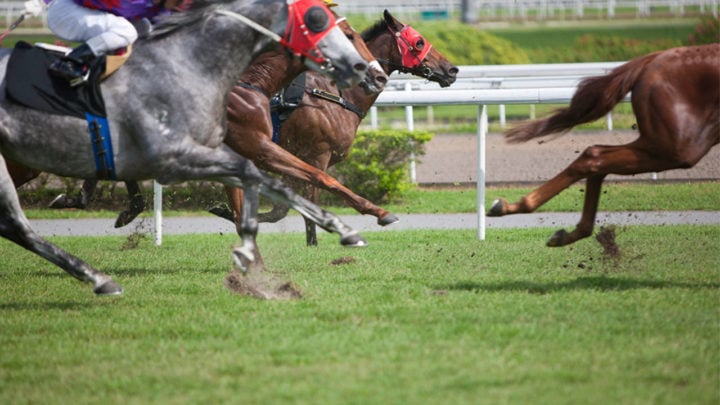 If you’re looking to downsize and are a fan of the gee-gees then this retirement community could be exactly what you have been looking for – as it’s being built on (yes, on) a racecourse.

Lendlease unveiled their plans for a $270 million vertical retirement village at Brisbane’s Doomben Racecourse on Tuesday, which will be the very first of its kind in Australia.

Named after one of the greatest ever Aussie thoroughbred’s, the Bernborough Ascot precinct will offer 300 independent living apartments and resort-style facilities including a trackside club, with a lounge and bar, with plans for a pool, spa, gym, theatre and on-site restaurant.

Described as “the ultimate in luxury retirement living”, the village will be developed over four stages in agreement with Brisbane Racing Club. The first stage already underway having kicked off in January 2019, with completion expected by the middle of next year.

Brisbane Racing Club chairman Neville Bell said: “With construction of the first stage well advanced, we are delighted to see this project coming to life alongside the other residential, retail, commercial and community components of this exciting region.

“We expect many of our members will be very interested in the possibility of living at Bernborough Ascot, together with other longstanding locals from this area who now have the opportunity for an amazing retirement lifestyle in a location they already know and love.”’

There will be one, two and three-bedroom apartments to choose from with prices starting at $485,000. And for those retirees with a bigger budget, there will also be a selection of luxury penthouse style homes, starting at $1.4 million.

As with most retirement villages, buyers will have a choice of purchase options at Bernborough Ascot, from the more traditional deferred management fee (DMF) model, which goes hand-in-hand with lower entry prices and exit payments, to pre-paid plans where owners would pay no exit fees and retain any capital from the sale of the property.

“Our vision for Bernborough Ascot is to embrace the history, tradition, and legacy of the Doomben Racecourse as well as contribute to creating an intergenerational precinct for the Brisbane Racing Club and the broader Ascot community,” Lendlease Managing Director Tony Randello said.

“This new community will provide the best of both worlds – easy connections to the city and ready access to services, yet in an apartment designed as a retreat from the fast pace of urban life.”

Lendlease currently owns and operates 72 villages around Australia – 12 of which are in Queensland – with approximately 17,000 residents.

Would you consider downsizing? If not, what puts you off selling your family home