Aussie downsizers are an unstoppable force according to property experts 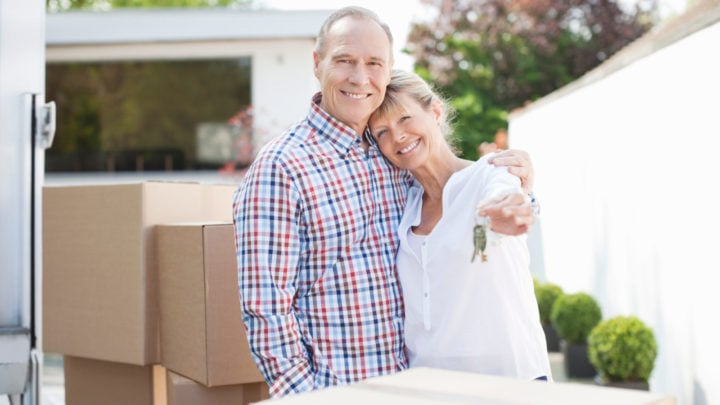 Like most developed countries, Australia’s population is ageing as a result of increased life expectancy. Couple this with a booming property market and decades of capital growth accumulated in a family home, and there has never been more Australians in the downsizing age group who are looking to swap empty homes for lifestyle-rich properties.

The downsizer has become an unstoppable force in Melbourne’s real estate market with older Australians sitting on substantial wealth. According to CoreLogic, strong housing market conditions over the last 25 years have boosted median house values by a staggering 412 per cent, or $460K. In 1993, the median house value across Australia was just $111,524.

It’s often said that divorce, marriage and moving house are the three most stressful times in one’s life, but imagine moving from a place that you’ve called home for twenty plus years. As an agent, it’s paramount to be mindful that downsizing can be one of the biggest transitions in someone’s life and not often a decision made lightly.

The downsizer is defined as someone who is typically looking to simplify their current living situation by finding a smaller home — their demographic is predominantly made up of ageing baby boomers, ‘empty-nesters’ no longer in need of larger family homes, and older Australians relocating to live out their golden years.

Downsizer decisions often stem from owning more capital as a result of biding their time to sell their primary property at a reasonable sale price but this leap was made even easier when the Government introduced a tax incentive to downsizers over the age of 65.

From July 1, 2018, baby boomers were able to sell a principal residence that they had owned for at least 10 years, enabling them to top-up their super by up to $300K from the proceeds. Releasing equity from their family home meant older Australians could move from properties that no longer met their needs while freeing up homes for younger Australian families.

Over the years, our agents have compiled downsizer ‘wish lists’ that have allowed us to pre-empt common requests, subsequently advising developers what to adopt throughout the preliminary design phase to ensure they meet current market demands and trends. Insights revealed key drivers motivating buyers to take the downsizer leap were health, finances and the desire to be closer to family. Downsizers tend to gravitate towards new, single-level dwellings that provide a secure, minimal maintenance ‘lock-and-leave’ lifestyle. Most downsizers also enjoy being part of the design process and like to customise finishes or layouts to suit their needs or personal style.

Above all, the most important factor for downsizers is location. Whilst a majority of buyers look to stay local within familiar areas, we are seeing more and more regional and coastal buyers looking to make a change.

An easy decision not made lightly

Generally, the biggest hesitation with active buyers is whether or not they are ready yet. It’s about guiding potential purchases through what can sometimes feel like an overwhelming process by providing a step-by-step approach. In the end, it’s always rewarding to witness downsizers enjoy the simplicities of their new life — being able to walk to their favourite café or not worry about the maintenance of a garden or older home.

The housing choices of older Australians are having an unprecedented effect on the housing market and as a result, prompting agents to monitor buyer migration to further understand how they can improve each buyer’s unique journey. In order to capitalise on the booming downsizing market, it’s crucial to understand the transition and cater to higher lifestyle expectations and ultimately, offer greater freedom of choice.