Calls to decrease medication in aged care amid overuse concerns 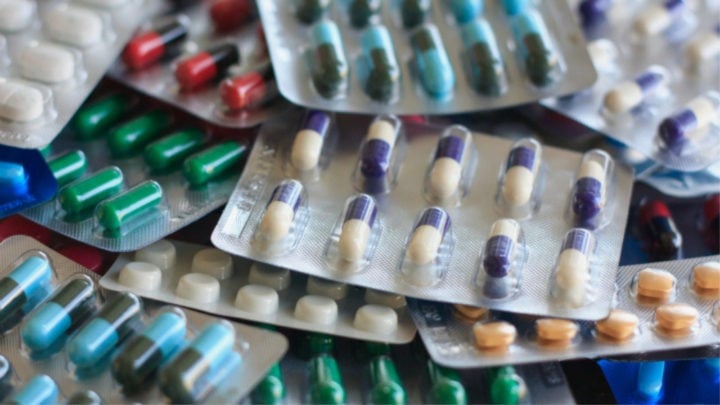 A new study has revealed the extent of medication given to aged care residents. Source: Getty

Experts have called on aged care facilities to reduce the use of medication and instead focus on alternative methods to treat conditions, as research reveals the increase in prescriptions used among the elderly.

Last year, shocking evidence revealed people with dementia in aged care facilities were being given dangerous medications without their consent in a bid to control their behaviour. Instead of using positive interventions, such as exercise and music, the report by the Human Rights Watch found aged care workers were relying on sedatives and antipsychotic drugs to restrain patients despite there being no therapeutic value.

Of the most common drugs identified were antipsychotics, which treat severe mental health conditions; risperidone for severe, persistent psychotic symptoms; and benzodiazepines for sleep disturbance and anxiety. While these types of medications can be beneficial if used in low doses, experts have expressed concern that they’re simply being used as a way to restrain and influence a person’s behaviour.

Now a new study published in the Medical Journal of Australia has found just how much medicine intake increases among older people after they enter care – and the results are shocking.

Experts expressed serious concern that aged care facilities weren’t following guidelines for medication usage, potentially putting people’s health and welfare at risk. For example, according to Australian clinical guidelines, risperidone should only be used to treat mild to moderate behavioural symptoms in people with Alzheimer’s for up to 12 weeks.

This fear of being prescribed the wrong, or too much medication was made apparent last year in the Human Rights Watch report, with Aussie families speaking of their own experiences in aged care facilities.

Ray Ekins is one of many who was prescribed Olanzapine – an antipsychotic which is prohibited for use in older people with dementia — while in care. The 78-year-old and his family hadn’t approved the use of the drug, and his daughter, Susan only realised he was being given the dangerous medication when she checked his drug chart.

“Dad’s health declined for quite a while and we thought that was part of the disease,” she explained. “As we know that doesn’t happen for some people. They have a medical crisis and then they go downhill. But that wasn’t actually the trouble for dad.”

Susan said her father’s health quickly declined, with Ray becoming depressed and unable to walk or talk. He even spoke of suicide. Following this, the family transferred him to a different facility and slowly weaned him off the medication that was causing him so much harm. Thankfully, Ray is now in better health with Susan explaining “the spirit of my dad is back”.

In a bid to crack down on the overuse of medication, the recent study has instead advised adopting different techniques to manage conditions, such as increasing psychological therapy for those suffering with depression and increasing awareness of non-pharmacological techniques among aged care staff.

“Multicomponent, non-pharmacological interventions delivered by informal caregivers in the community could alleviate both the behavioural symptoms of dementia and caregiver distress without the risk of adverse events,” the study read.

While the overuse of medication is cause for concern, it’s important to always consult your doctor before you stop taking medication.

Do you have a loved one in aged care? Do you worry they are being over medicated?