From cruises to caravans: Most over-60s dream of travel in retirement 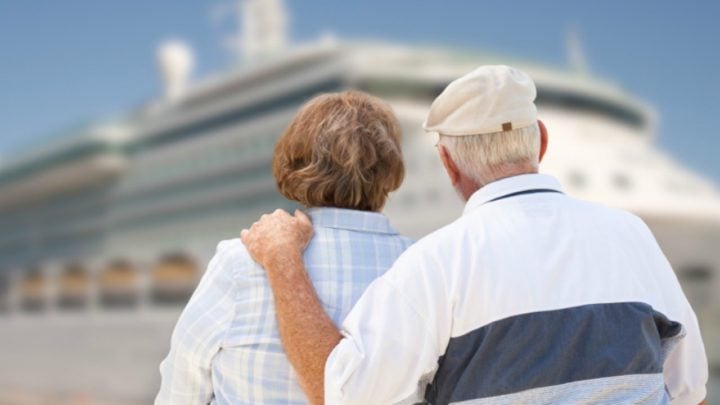 A new survey conducted by Canstar has revealed the majority of over-60s hope to travel in retirement. Source: Getty

A new survey has revealed what Australian seniors really want to achieve in retirement with dreams of traveling coming out on top as the biggest want for over-60s.

According to data compiled by Canstar, regular travel is a priority for Aussies once they’ve called time on their careers with an overwhelming majority admitting they are hoping to head off on an adventure.

The survey of more than 3,300 Australians revealed that 71 per cent of respondents would like to spend much of their retirement holidaying with a further 21 per cent claiming they’d love to go on a cruise.

These statistics remained relatively the same for different age groups with 70 per cent of those aged between 60 and 69 highlighting regular travel as their must have for retirement, compared to 71 per cent for respondents over the age of 70.

The thought of jumping on a cruise ship and exploring the world by sea seemed especially appealing to the 60 to 69 age group with 35 per cent of people surveyed agreeing this would be a fantastic way to spend retirement.

In terms of gender, both men and women were on the same page when it came to travel, as 68 per cent of males surveyed said travel was most important to them, along with 73 per cent of females.

As well as exploring the world, 11 per cent of Aussies surveyed said they’d like to make a permanent move overseas while 11 per cent claimed buying a caravan would be on the cards, hinting at further plans to travel.

Caravans weren’t the only purchases respondents said they’d like to make with 19 per cent claiming a new car would be ideal and 6 per cent said a boat would be a great buy.

Other interests in retirement included buying a pet (11 per cent) and buying a mansion (5 per cent).

The idea of travel in retirement was certainly appealing to one Melbourne couple who revealed recently how they were able to become full-time roving retirees, after giving up work early and setting off to fulfil their dream of seeing the world while they were “still fit and able to”.

What would you like to achieve in your retirement? Does travel interest you?