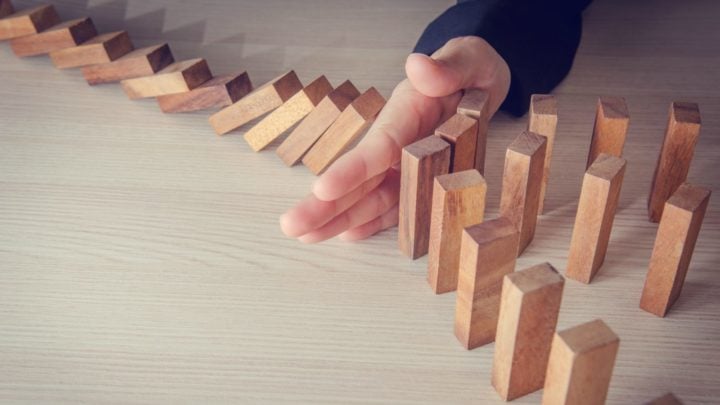 Tuesday's cut saw the cash rate fall by a further 25 basis points to a historic low of 1.00 per cent, just one month after it dropped from 1.5 per cent to 1.25 per cent. Source: Getty.

The Reserve Bank of Australia announced it was slashing the cash rate to a record low of 1.00 per cent on Tuesday, marking the first time in more than a decade that it has been cut for a second consecutive month.

While mortgage holders, prospective first-time buyers and borrowers rejoiced at the idea of securing even lower rates, it wasn’t all good news as older Australians are likely to be among those negatively affected by the central bank’s recent rate reductions.

The main sticking point for retirees is that, while the cash rate plummets to an all-time low, deeming rates have remained static since 2015, meaning many seniors who rely on the interest gained through term deposit accounts, shares or other investments, could be set to lose a significant chunk of their retirement income.

Deeming rates, which are a set of rules used to determine income generated through financial assets, were last adjusted in 2015, and experts have predicted that affected retirees – dependent on how much they have in savings or assets – could lose out on thousands of dollars if the most recent rate cut is passed on to customers by the big banks.

Many pensioners, including those within the Starts at 60 community, expressed their concerns, with one telling us: “We are still assessed on deemed rate by Centrelink for aged pension. I was thinking of selling my house and investing, forget it just not worth the effort will be worse off .”

Another said: “Definitely time to review the deeming rules, it’s just not fair for pensioners at the present rate as we all prefer to use banks which is all we know how to do. We are not comfortable with other investments like shares.” And a third wrote: “May help some, won’t stimulate the economy, but it’s certainly going to take from the elderly!”

Paul Rickard, Director of Switzer Financial Group, said that the failure to keep deeming rates in line with reductions to the cash rate has resulted in hundreds of thousands of aged pensioners suffering a decline in their real income.

“Some may be wondering why the Government hasn’t changed the deeming rate,” Rickard said. “From a Treasury perspective, changing the deeming rate costs money. Lots of money. Hundreds of thousands of aged pensioners would become eligible for higher pensions, and thousands of others, who are currently ineligible, would become eligible for a part pension.

“Another possible explanation is that our politicians just don’t understand. Age pension eligibility, and deeming in particular, are complex, and with a generous superannuation scheme and comfortable remuneration arrangements, something that most politicians are unlikely to personally experience.”

However it seems like the government may have now heard the cries of concerned seniors too, as multiple reports this week confirmed that Prime Minister Scott Morrison is planning to announce a long overdue reduction to high deeming rates, reports the Sydney Morning Herald.

Tuesday’s cut saw the cash rate fall by a further 25 basis points to a historic low of 1.00 per cent, just one month after it dropped from 1.5 per cent to 1.25 per cent on June 4 – which was the first cut by the central bank in three years.

Announcing the news earlier this week, Governor of the Reserve Bank Philip Lowe said the rate cut would “support employment growth” across the country, with labour force participation at a record level and reports of skills shortages in some areas.

“Today’s decision to lower the cash rate will help make further inroads into the spare capacity in the economy,” Lowe said in a statement.

In his statement, Lowe also hinted that further cash rate cuts could be on the horizon this year, as he said: “The possibility of lower interest rates remains on the table. It is not unrealistic to expect a further reduction in the cash rate.”

Is the most recent cash rate cut a blow to your retirement income? Or have you already moved away from term deposits due to the low returns over recent years?