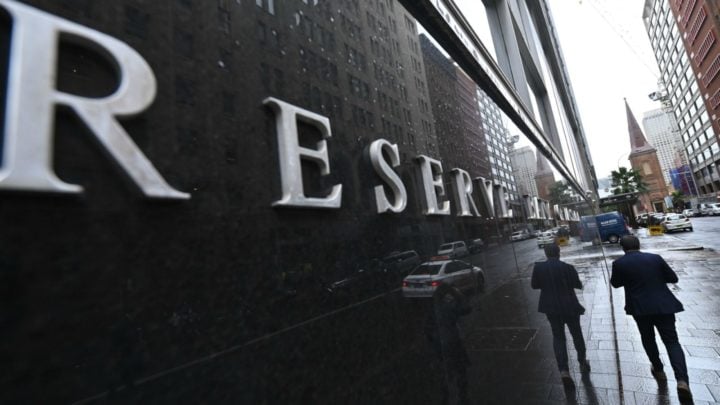 The Reserve Bank of Australia cut the cash rate by 25 basis points on Tuesday, bringing some relief for mortgagees – but Starts at 60 Money Club expert Noel Whittaker suggests there may be a benefit for retirement income-seekers as well.

Meanwhile, money commentator Tom Ellison, better known by investment advice fans as The Naked Investor, says retirees with term deposits should sit tight and carefully consider their options, rather than making any rash move out of their investment.

The RBA lowered rates to 1.25 percent and as Westpac’s chief economist Bill Evans noted shortly after the announcement, has left the door open for further cuts this year, which Evans expects to occur in August and November but cautioned could happen sooner.

Announcing the rate cut, the central bank said the 25-basis-point reduction was aimed at supporting jobs growth – the unemployment rate was most recently at 5.2 percent and the under-employment rate at 8.5 percent – and boosting inflation toward the RBA’s target rate of 2 percent to 3 percent. Inflation sat at 1.3 percent in the first quarter of the calendar year.

In a statement, the RBA added that it would “continue to monitor developments in the labour market closely and adjust monetary policy to support sustainable growth in the economy and the achievement of the inflation target over time”.

A rate cut is normally considered bad news for savers and income-seekers, as it is often passed on by banks as a reduction in the rate paid on savings accounts and term deposit accounts, the latter of which have been favoured by retirees who want to create an income stream from their cash assets.

While this may be read as an indication deposit interest rates could also decrease, Noel Whittaker pointed out that there were upsides older Australians could experience from the rate rise, including a rise in the value of their Aussie shares.

Superannuation funds, as well as investors who favour blue-chip stocks and income from dividends, typically invest in the Australian stockmarket – and shares are likely to increase in value as stock becomes a more attractive investment than holding cash in the bank, the financial guru noted.

The Australian Securities Exchange’s S&P/ASX 200 index rallied at the end of trade on Tuesday to close up 0.19 percent, which The Australian attributed to investor expectations of  stronger economic growth on the back of the rate cut.

“Also, the value of the international investments will go up as our dollar goes down, as it must,” Whittaker added, on the impact of the cut.

Westpac’s analysts backed the likelihood of a weaker Aussie dollar; they said in a note that they anticipated the AUD would underperform against the US dollar.

Whittaker noted that the rate cut was a good reminder to all retirees of the importance of diversifying their investment portfolios, rather than focusing on just one or two products or assets to create an income outside superannuation and the Age Pension.

“For example, they can buy an index fund which by definition cannot go broke and which is currently paying 4.3 percent per annum,” he said. “There are other specialist managers such as Investors Mutual who offer specific income funds; their Equity Income fund has returned 7.93 percent per annum over the last five years.”

By contrast, the highest term deposit rate on a $50,000 investment in a one-year term deposit is currently 2.7 percent, according to comparison site Canstar.

That said, investment analyst and adviser Tom Ellison, who’s best known for working under the name The Naked Investor, said that retirees who chose term deposits should not rush to withdraw their money at maturity, despite the rate cut potentially reducing returns.

“If you have money in cash or a term deposit, it’s usually for one of two perfectly good reasons, perhaps both,” he said. “One, you need access to your money, and two, you don’t want to take any silly risks.

“If that’s you, money in the bank or a term deposit is the right place. With interest rates falling, that’s going to cut your income, but you’re also getting a government guarantee on your deposit of up to $250,000 per person, per institution.”

Ellison advised retirees to instead be wary of financial salespeople spruiking higher-returning financial products in the wake of the rate cut.

“Having been around the financial block a few times, I can tell you what happens when interest rates fall – every shonk and charlatan is going to try and sell you something different,” he said.

“Usually, it’s got some sort of link to property development and offering something like 12 percent, or it might be some whizz-bang product dreamed up in a boardroom, like a mortgage-backed securities ETF. You’ll be seeing a lot of this sort of thing advertised in the next few days.

“And when people try and take money out of a safe haven and put it somewhere risky, then bad things happen.”

Rates were low because the economy was underperforming, Ellison concluded, and retirees dependent on interest payments could be comforted by the fact that when the economy picked up, rates would rise as well.

Is the RBA’s cash rate cut a blow to your retirement income? Or have you already moved away from term deposits due to the low returns over recent years?