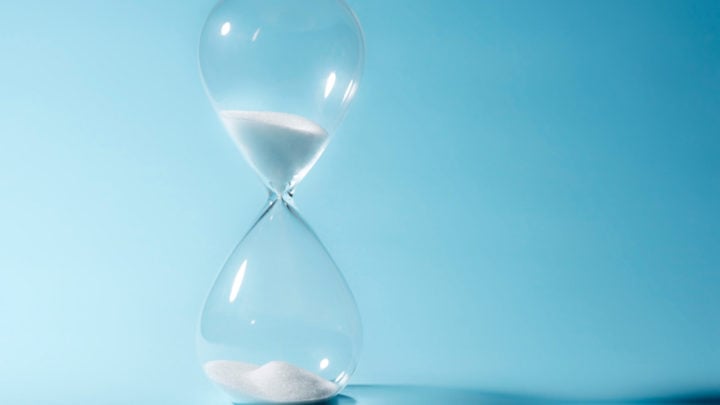 The waiting periods can extend to up to 13 weeks depending on different situations. Source: Getty.

Anyone who’s applied for JobSeeker (formerly known as Newstart) in the past will probably be aware of the lengthy waiting periods that are often tacked onto initial claims. This is officially known as the Liquid Assets Waiting Period (LAWP) and can potentially cause an applicant’s first payment to be delayed by as long as three months.

Since the Covid-19 pandemic reached Australia, Centrelink has temporarily paused the LAWP to ensure applicants can get their payments without a delay. Now, the Council for Ageing Australians (COTA) are calling for the period to be abolished entirely on the basis that it forces older Australians to exhaust their retirement savings before even qualifying for income support.

What is the Liquid Assets Waiting Period?

When applying for certain government payments, such as JobSeeker, Centrelink takes into consideration liquid assets. These are the funds that applicants have access to at short notice (i.e. within 28 days) and can include cash, money in the bank, shares and debentures, loans they’ve given to others and some amounts owed by former employers.

The amount of liquid assets then correlates to how long an applicant’s initial payment can be delayed for which can vary between one week and 13 weeks. Single applicants will have their payment delayed one week for every $500 they have above $5,000 while those in couples or those with dependents have these figures doubled. The exact waiting periods can be found here.

How does it affect older Australians applying for JobSeeker?

COTA’s chief executive Ian Yates said that many unemployed older Australians are finding themselves waiting for more than three months for a government payment to hit their accounts. To help support themselves during this period, they are forced to dip into the ‘precious’ retirement savings they have on hand outside of their superannuation funds.

According to Yates, the lack of job security, particularly in the post-pandemic world, could stem from a growing sense of ageism in the workplace. For many in this situation, JobSeeker could be the only financial relief as they are forced into involuntary early retirement before they are even eligible for the Age Pension.

“Historically workers in their 50s and 60s are more likely to be made redundant and targeted with “voluntary separation” packages,” he said. “We have also seen past examples of older workers being unable to re-join the workforce after global economic downturns, as we expect to see in coming months as the economy recovers from Covid-19.”

However financial expert Nick Bruining argued that the LAWP is necessary for the welfare system to maintain a sense of balance, as without this period applicants of JobSeeker may find themselves discouraged from applying for new jobs.

“JobSeeker provides you with the base amount of money to sustain the very basics of life and is incentivised to get people back to work. It’s not supposed to be a replacement of a wage,” he said. “Whilst there’s no doubt that the payment is inadequate at its current level, if you remove the LAWP, the payment kicks in before people have really had the time to reassess their job prospects and get out there and really try. The best time to be re-employed is directly after you’ve been made unemployed.”

Bruining added that while he understands the short-term benefits of pausing the waiting period during the economic crisis, removing it entirely will have an unfair strain on the welfare system as the government is forced to make cuts elsewhere in order to cover the additional payments.

Last month a report of the Parliamentary Inquiry into the Adequacy of Newstart recommended a review of the LAWP and its impact on retirement savings with the suggestion that the Australian Government seriously consider reducing or eliminating the waiting period for Australians aged over 50.

However, a legislation amendment bill that’s currently before the Senate has proposed the maximum waiting period be increased from 13 weeks to 26 weeks. COTA has urged Senate not pass the bill with Yates adding: “No person should be forced deeper into poverty while seeking a job and needing government assistance for them and their loved ones while they search. This crisis is unlike any in our lifetime and has left many tens of thousands of older Australians, through no fault of their own, without a long-term income”.

Have you experienced a waiting period on a government payment? Do you fall into this category that is too young for the pension?