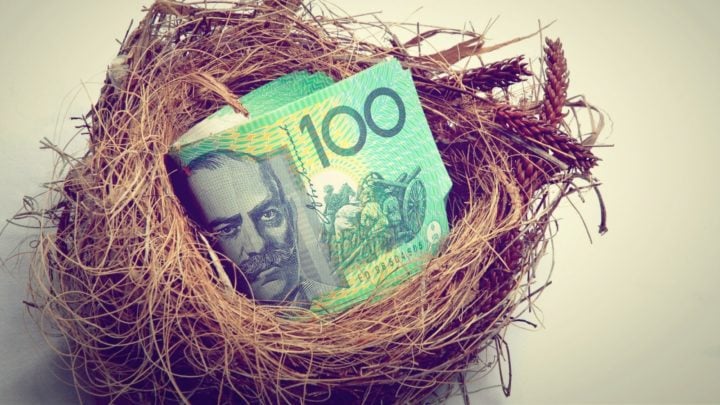 Many older Australians depend on term deposit accounts as a way of creating income by investing their cash assets after giving up work. Source: Getty.

The Reserve Bank of Australia announced on Tuesday that it was slashing the cash rate to a historic low of 1.25 per cent, with home owners and prospective first-time buyers celebrating a cut that could save them hundreds of dollars a year in mortgage repayments as banks lower their own rates.

The cut, which was the first by the central bank in three years, wasn’t music to everyone’s ears though, with many older Australians concerned that the rate cut would also be passed on by banks in the form of lower rates paid on savings and term deposit accounts.

This could be bad news for retirees as many older Australians depend on term deposit accounts as a way of creating or boosting a retirement income, while those attempting to save may also miss out as a result of this week’s rate reduction.

Following Tuesday’s announcement, many of the country’s banks and financial institutions have already passed on the rate cut by slashing their term deposit rates, including ANZ which has cut almost term deposit rates on almost 20 products, with the biggest cut coming in at 0.6 per cent.

Sally Tindall, research director at RateCity.com.au, told Starts at 60 that retirement income-seekers across the country have already begun to “feel the pinch”.

“The rate cut is good news for home loan borrowers but bad news for savers,” Tindall said. “Retirement income-seekers who rely on savings and term deposit rates have already started feeling the pinch, as institutions slash rates to new record-lows.

“This will make it difficult for many retirement-age Australians who rely on savings accounts to keep their heads above water.”

“The issue is that there’s currently no pressure on the banks to get more deposits on their books, so they’re not trying to entice new customers with competitively high rates, or even cash-back offers or frequent flyer points, like they would with credit cards or home loans,” Tindall added.

While it looks bleak, she pointed out that some of the market leaders were still offering higher rates of up to 3 per cent, noting that it paid to shop around for the best rate.

Starts at 60 Money Club expert Noel Whittaker also suggested that retirement income-seekers may also be able to find a silver lining as he explained that there were some potential upsides for older Australians, including a rise in the value of their Aussie shares.

Superannuation funds, as well as investors who favour blue-chip stocks and income from dividends, typically invest in the Australian stockmarket – and shares are likely to increase in value as stock becomes a more attractive investment than holding cash in the bank, the financial guru noted.

Whittaker also pointed out that the rate cut should serve as a reminder to all retirees of the importance of diversifying their investment portfolios, rather than focusing on just one or two products or assets to create an income outside superannuation and the Age Pension.

“For example, they can buy an index fund which by definition cannot go broke and which is currently paying 4.3 percent per annum,” he said. “There are other specialist managers such as Investors Mutual who offer specific income funds; their Equity Income fund has returned 7.93 percent per annum over the last five years.”

“The conventional response is that you buy bank and other shares with high income,” he wrote in The Australian. “Alternatively there are bank hybrids and a limited range of corporate bonds. Corporate bonds are harder to access for small investors but some brokers like FIIG specialise in them.

“In other words, you increase your income by taking greater risk. A lot of older people would prefer not to do that but if they need the income, they have no choice …”

Would you be happy to take more risk with your investments in order to increase your retirement income?