The 3 top superannuation funds of the year have been named 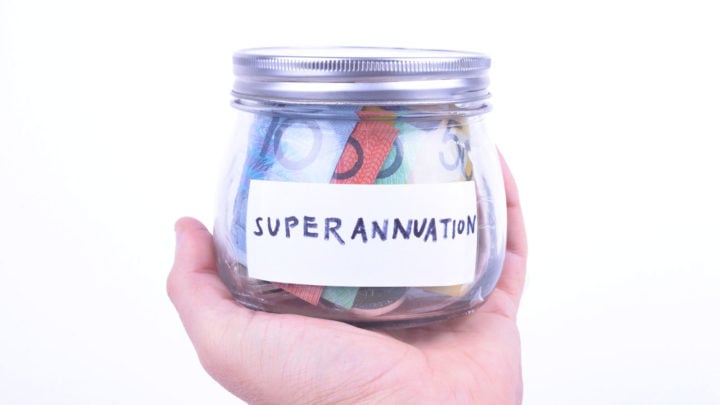 Where is the best super fund to store your money? Source: Getty.

Wondering if your superannuation is with a winner? SuperGuide.com.au has pulled together info from Australia’s biggest super research houses to have a look at which funds are getting the nod for 2019 and 2020.

According to SuperGuide, the independent superannuation information site, the best funds are, Australian Super and UniSuper.

Each year Australia’s three major super research houses – Chant West, Rainmaker and SuperRatings – announce their own top picks based off a combination of factors, including performance, cost-effectiveness, customer service and investment innovations.

SuperRatings is the only research house to announce its winner for 2020, with Sunsuper being awarded the 2020 Fund of the Year. SuperRatings Director Kirby Rappell said that it was important to recognise funds such as Sunsuper that are continually delivering value for money and quality outcomes for their members, not just while members are working but also in retirement.

“It was certainly a tough decision, but Sunsuper has clearly demonstrated their commitment to member value across a range of criteria, including investment performance and fees, member services, financial advice and insurance and fund governance,” Rappell said.

Rainmaker announced its winner last week, handing the 2019 title to AustralianSuper. Alex Dunnin, director of research at Rainmaker, said AustralianSuper stood out because “as it gets bigger, it gets better”.

“It does this by not losing sight of its primary mission: delivering solid reliable investment returns after fees year after year and providing just the right type of extra features and services its growing number of members need,” Dunnin said.

Chant West named its 2019 winner in May, crowning UniSuper as best super fund of the year.

Ian Fyer, head of research at Chant West, said that the super industry as a whole had provided strong returns for members through well-diversified balanced funds. But he noted that in order to continue to improve, super funds needed to keep members’ best interests at the forefront more consistently.

Looking back over the annual awards handed out over the past seven years, several funds have repeatedly taken out the top spot – particularly UniSuper and Sunsuper, both of which have taken out five awards each in total. Hot on their heels has been Hostplus, which has won four times, AustralianSuper three times, REST and QSuper both twice, and finally HESTA and Telstra Super which have both won once.

Along with the overall winner in this year’s awards, each research house announced the top funds of separate categories that covered factors such as performance in investment, member service, innovation and insurance. The title for the best pension fund of the year went to QSuper from both Chant West and SuperRatings, while Rainmaker handed it to Cbus Super Income Stream.

Chant West named UniSuper as the best fund for investments, NGS Super for insurance and Sunsuper as the top for member services.

SuperRatings crowned AustralianSuper as the best for net benefit and Hostplus Self Managed Invest as best for new innovation.

As super experts always note, however, awards are not the only indicator of a quality super fund, as everyone’s needs are different. It’s important to take into consideration your specific financial requirements and speak to a professional advisor about the best options for your money.

Correction: This story has been updated to show that SuperGuide is not run by the Association of Superannuation Funds of Australia, as previously stated. ASFA has an consumer information site called SuperGuru.

Is your fund among the winners? Are you happy with its performance?