Older Aussies ‘more productive than ever’ despite ageing population: Study 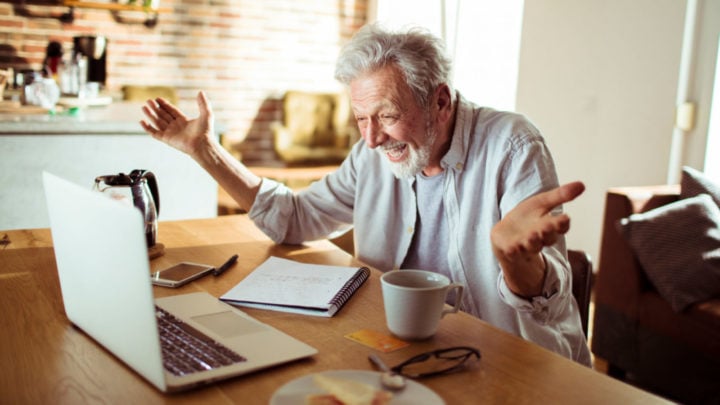 A new report has rebuffed the suggestion that an ageing population drastically reduces the workforce participation rate. Source: Getty.

As more people edge into their 60s and beyond, we often hear warnings about the cost of providing for an ageing population, as an increasing number of people leave employment for a life in retirement and turn to the government for assistance, accessing the likes of the Age Pension and health care subsidies.

However, a new report has rebuffed the suggestion that an ageing population drastically reduces the workforce participation rate, finding that – since 2012 – there have actually been more full-time workers aged over 65 in Australia than those under 20, claiming that senior Aussies are “more productive than ever before”.

Figures show that, over the past 20 years, the number of people still working over the age of 65 has almost tripled. However, the participation rate among those aged between 15 and 19 years old has shifted from full-time work to casual employment, with just 10 per cent of the demographic in full-time work, down from 40 per cent in the 1980s.

The report, titled Three Economic Myths about Ageing: Participation, Immigration and Infrastructure, was released this week and claims to have debunked three myths surrounding the impact of an ageing population. It was commissioned by Victoria’s Sustainable Australia Party and produced by Dr Cameron K. Murray and Leith van Onselen.

Another of the three “faux concerns” addressed by the authors is that high immigration levels are necessary to fund the country’s ageing population, with the argument made that the current record-high levels are having no benefit on stabilising the age structure of the population.

The reports suggests reducing net immigration from 80,000 to 50,000, which the authors claim would better support Australia’s infrastructure, environment, amenity and our wages.

“It is a complete furphy that we need higher immigration to pay for an ageing population,” Sustainable Australia MP Clifford Hayes said. “High migration levels – skilled or otherwise – generate significant costs to infrastructure, the environment, amenity and they keep low wages, low.

“Migrants also age, defeating the argument that migration mitigates the supposed problem of an ageing workforce.”

The final myth relates to the infrastructure costs of high growth, with the authors recommending that state and local governments should be required to include forecasts of infrastructure needs, including commitments to health, education, transit, and police services.

Other recommendations put forward in the report include lowering population growth by reducing skilled migration, as well as changing the way we look at immigration as a society.

“There is no right or wrong population or immigration level,” the authors wrote. “However, the choice of population and immigration policy is one in which all Australian’s have a stake. Naive stories about high immigration being an economic necessity due to ageing need to be corrected.”

It was also recommended that ageing should be celebrated as an “economic success story”.

Read more: ‘An ageing population is an inevitability our politicians must take seriously’

Ahead of the federal election next month, Positive Ageing Advocate Marcus Riley spoke to Starts at 60 about the importance of taking a “whole-of-ageing approach” when it comes to implementing policies which affect older people, describing the ageing of our population as one of “humanity’s greatest triumphs”.

“The fact we will have proportionately and actually more older people in our communities is not a catastrophic disaster that should see us fleeing our suburbs. To the contrary – it creates a wonderful opportunity for our society,” he wrote in an opinion piece for this publication.

“Ageism can be eliminated by looking at our population ageing through an opportunity based lens rather than problem based. For instance, better employment pathways for older people and genuine representation in leadership and positions of influence within our communities.”

What are your thoughts on this story? Have you continued to work past the age of 65?