Retirement villages making it easier for prospective residents with checklist 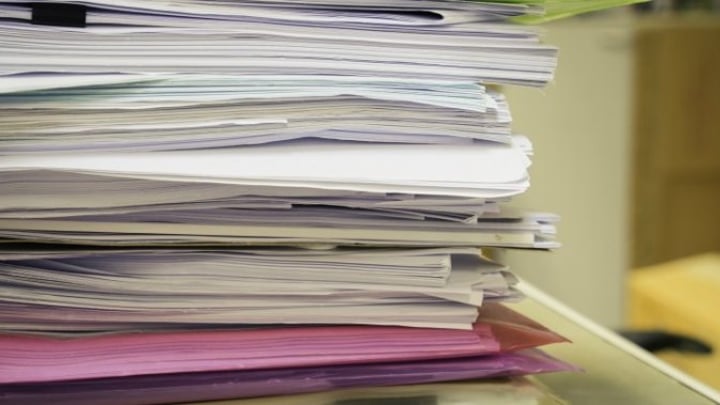 Retirement villages in New Zealand are trialling a checklist to make things easier for prospective residents, cutting down on the piles of paperwork that can come with comparing different villages and what they have to offer.

The process of looking for the right retirement village for you can be long and complex.

Often you’ll end up visiting several retirement villages, leaving with plenty of paperwork such as disclosure statements and other documents.

But could there be a way to simplify the process and make it easier for you to make a decision?

The Retirement Villages Association in New Zealand is trialling a checklist system in the country’s retirement villages to help cutdown on paperwork and make it easier for prospective residents to compare and select villages.

The checklist is simplified so that instead of having to read through page after page of complex documents, people can refer to the checklist for information such as fees charged, the conditions of vacating the village, whether there will be capital gains or losses and what other care options are available for later in life or if the unforeseen happens.

Executive Director John Collins told Stuff.com that deciding to move into a retirement village wasn’t like buying or selling your home.

He said retirement villages’ legal documents made it very difficult for prospective residents to compare what different villages are offering, because key terms are buried in the paperwork.

“If you go to three or four villages on a Saturday and each gives you a disclosure statement and all the other documents, you will come away with a ream of paper and it is very different to work out what it is and what you might do,” he said.

“This is intended to make it easier than what the current law requires.”

The checklist has the support of the industry, with the national manager of retirement villages at the Commission for Financial Capability welcoming the move.

“I’d say some folks simply don’t digest all the key terms or underestimate some of the ways that things might change while they are living in the village,” Troy Churton told Stuff.com

“The disclosure statement will set out what the condition of the village is and whether any more development is planned for. But lots of residents are very stressed when an operator consults them about a proposal to build more units on the village land.”

While the news is great for those in New Zealand, Australia hasn’t quite established a uniform system that is similar.

One of the big differences is that while New Zealand has one national uniform law for retirement villages, in Australia there are different laws for different states.

However, the industry is making some moves in Australia to make things easier for prospective residents and village operators.

At the time that guide was released, Glenn Byres the Chief of Policy and Housing with the Property Council, said retirement village operators were acting on the feedback from residents.

He said the length of some contracts and the confusing language and layout was making moving in to a village a harder decision than it needed to be.

“The industry wants to make it as easy as possible for people to make informed choices,” he said.

What do you think? Should Australia try a checklist across retirement villages to make it easier for prospective residents?