How downsizing can change your life for the better: One couple’s real-life story 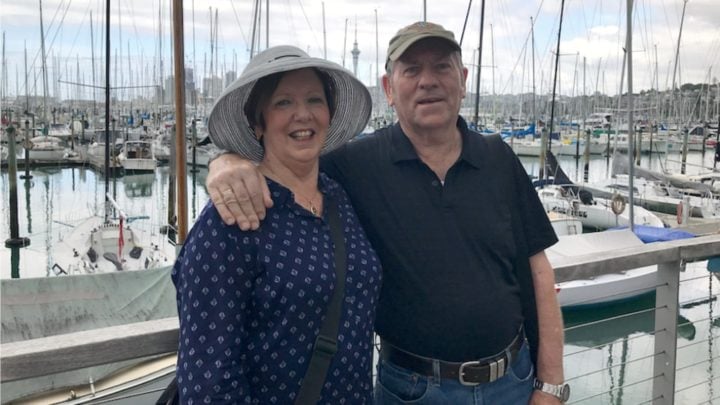 You may have started your married life there, raised your kids in its well-worn kitchen or hit some of your biggest milestones within those four walls – there’s no debating the emotional hold the family home has on all of us.

But when you retire, that same home can become more of a chore than a comfort, with just the two (or one) of you rattling round in too many rooms and too much upkeep eating up your time.

To stay put and grin and bear all of the maintenance a large house requires, or to downsize and say goodbye to a lifetime of memories, is a decision plenty of older Australians grapple with long and hard.

Starts at 60 talked to one couple who did just that and, three years on, are very satisfied with their decision to swap the family home for a property that fits their love of travel and family gatherings, and offers health care security over the long term.

Kath and Jim Garrie had lived in their five-bedroom home in Wheelers Hill, Melbourne, for 33 years, bringing up their two daughters there, but Kath says they found keeping on top of the property increasingly tiresome.

“We had quite a large family home with a big pool and a big garden and Jim was very fastidious in maintaining it and it got to the stage where you thought, ‘You can’t go on like this forever’,” retired school principal Kath says. “You realise you are going to get older, as much as you try and deny it.”

Jim, a former aircraft engineer, liked the idea of moving to a single-storey home with a smaller garden but neither wanted to leave Wellers Hill, which is close to their two young grandchildren.

“Because we’d been in the area virtually all our married life, we were reluctant to go somewhere totally different,” Kath explains. “Then one day I was driving and I saw a retirement village under construction on the old site of a local hotel, so I went home and talked to Jim about it. The location was perfect, only about two kilometres up the road.

However, a close friend of the Garries wanted to view some of the villas on offer at the new village and Jim went along to keep him company – and came back with a very different opinion.

“He was just sold on it when he saw what was on offer and what was going to happen there,” Kath laughs. “He said to me, ‘Oh, you should go see it yourself’ but unbeknownst to Jim, I had actually already been to an open day to have a bit of a look!”

Further visits convinced the couple that retirement living could work for them, so in 2016 Kath and Jim sold their house and moved into a three-bedroom, ground-floor apartment at the Weary Dunlop Retirement Village, which is run by Ryman Healthcare, a 30-year veteran of the retirement living and aged care industry.

Kath admits the move itself was physically and emotionally tough.

“We’d been in that particular house for 33 years, it was a big house and so we had big furniture, which didn’t at all fit into the apartment,” she says.

“But we had about 11 months between signing the purchase papers and moving in so we started to really cull things and clean out things. And then we culled again. And even when we got in here at the village, we realised we still had too much stuff!

“We had some time to ease ourselves into getting rid of things and going and having a look at what would fit and what wouldn’t fit and planning it, but it’s a big thing to do it when the house you’re leaving is the one your children grew up in. I made sure, though, that I brought the things that had a lot of sentimental value and a couple of little pieces of furniture that I really liked.”

A big plus for travel fans

With the difficult move over, though, Jim and Kath are making the most of the lock-up-and-go lifestyle retirement living offers.

“We’re still fit enough and able enough to travel and you can just close up the place and go,” she says of their apartment at Weary Dunlop. “We just have to let reception know that we’re not going to be there, but the mailbox is large enough to accommodate quite a deal of mail and you haven’t got to organise anything else.

“So, it’s quite a freeing feeling in a way to be here, like being on a big holiday, truthfully. And we love our location in a corner unit, with lovely floor-to-ceiling windows out to gardens. It’s a great place.”

Kath particularly chose a three-bedroom apartment because one of the couple’s daughters visits often from New Zealand. While their daughter was initially worried her parents were too young for retirement living, she now says “this is a bit of a five-star hotel and the cooking’s better,” Kath jokes.

The busy social life and friendly, community feel of their Ryman village is another big attraction for the Garries.

“Sometimes you’d be in the big house and you might wave to a neighbour when you went out to collect the mail or something but otherwise you don’t have contact with adults,” Kath explains. “Whereas here, there’s not a day goes by that you don’t meet somebody when you’re collecting your mail. Even walking up to the shops, you run into people from the village and it’s great.

“As for activities, Jim and I play table tennis. There’s a pool and a library with the latest selections of books, as well as a club bar with happy hours and entertainment like singers, dances, trivia nights and interesting talks.

“And the grandchildren just absolutely love coming here! If I take them for a walk up to the lounge area, they know the names of other residents and they’ll go over and chat to them – it’s really a lovely, lovely welcoming place. One thing that Ryman emphasises is that this whole village is your home and you should feel comfortable bringing friends and family here.”

Fewer worries about the future

The peace of mind Weary Dunlop Retirement Village offers Jim and Kath and their adult daughters was a key selling point too.

Ryman is unusual in the retirement living sector in that its villages offer the full range of care options, so accommodation at Weary Dunlop in Wheelers Hill ranges from independent living apartments such as that bought by the Garries to serviced apartments where home care can be delivered and to low, high and specialist dementia care within a residential aged care setting.“One of the features of Ryman is that you’ve got the various levels of care within the same complex and for people who are in that situation, it’s great that they can be in their own apartment but go over and visit a husband or wife who’s in care,” Kath says. “I hope we don’t get to that stage but who knows? It’s there if you need it.”

Kath and Jim, now both 74, are now happy they made the decision to downsize from their family home in their early 70s.

“I don’t know that I wish I did it sooner, but I’m glad I did it when I did and I think that’s a mistake some people make – leaving it too late,” Kath says. “You do need to do it when you’re making your own decisions and you’re physically able to cope with all the packing up. I enjoyed living in the big house, we loved our gardening and all. But housekeeping, cleaning is a big thing, so I think we made the move at the best point in time for Jim and I – when we were both happy to do so and we both made the decision.”

Would moving to a low-maintenance home make life easier for you? What’s the one item you would definitely take with you when you moved?

Where community shapes the heart of your retirement

Ryman Healthcare have been building and operating retirement living and aged-care facilities within one village community for 35 years. We work to make a positive diﬀerence in the daily lives of our residents and achieve this by always putting our residents ﬁrst.