InstagramFollow us on Instagram
chevron_right
In Everyday money on Friday 13rd Mar, 2020 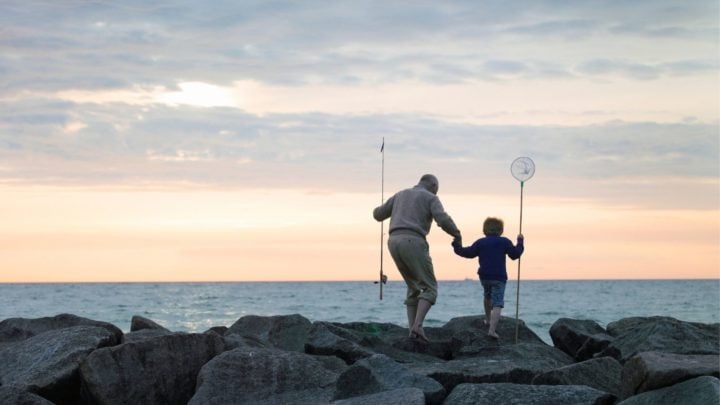 Your parents and grandparents no doubt imparted plenty of financial wisdom, but some of it may no longer apply in today’s world.

As a generation, Baby Boomers are able to boast money management habits that have stood the test of time.

Many Baby Boomers had parents who lived through the Great Depression, so they knew the value of a dollar (or pound!). Their kids grew up learning about the importance of thrift, saving, avoiding debt and the stability of owning a home.

But the world is changing fast. Our retirement system seems to get more complicated every year, interest rates look like they’re staying close to zero for a while yet and the workplace has already moved a long way from ‘a job for life’.

That means that for all the great money rules older Australians learned from their parents, there are a few that haven’t aged as well.

Until a few years ago, men could collect the Age Pension when they turned 65, and women when they were 60. That dovetailed nicely with the common age of retirement from most places of employment, which was 65 for men.

Nowadays, though, retirement isn’t as simple as collecting your gold watch and claiming the pension. Firstly, employers haven’t been able to set a compulsory retirement age since the 1990s (other than for judges and for employees and reservists with the Australian Defence Force).

Meanwhile, the Age Pension age – for both men and women – is rising to 67 (the government has shelved plans to push the pension age out to 70 for now, at least).

As a result, growing numbers of older Australians are remaining in the workforce past what was traditional retirement age; in 2006, just 8 per cent of over-65s were still in the workforce, compared to 13 per cent in 2018.

Some just can’t afford to retire yet, while others are still paying off a mortgage and some prefer the stimulation working life supplies to a more relaxed retirement lifestyle. Whatever the reason, the number of older Australians in the workforce is expected to continue to rise, consigning 65 as the age you retire to history.

Myth busted: Everyone should have a three-month cash reserve

Conventional wisdom suggests it’s a good idea to have some cash stashed in the bank, with most money pundits suggesting your emergency fund should contain a sum equivalent to between three and six months of your living expenses.

“It depends what you’re doing,” he says of the saver. “If you’re in your 60s and retired, you’ve probably put your super into pension phase, so you know how much money is coming on a regular basis. And you’re not going to lose that income, so you really don’t need that much in a safety account.

“But if you’re in a situation where you don’t have enough in your super to retire and are scared that you’re going to get retrenched, then you may need that much or more in your account.

“It’s all about what your circumstances are at that particular time.”

Myth busted: There’s nothing to be gained by paying off debt early

This myth can be traced back to the days when borrowers were slugged with hefty penalties for paying off loans early and hire-purchase contracts didn’t even allow for additional or early payments.

But with options to repay debt early available on most types of loans now available, Lockhart says being debt-free should be the goal of most retirees. And the current low interest rate environment makes it easier to achieve it, because a larger proportion of your repayments will go toward paying off the capital of your loan.

“Plus, you’ll probably get a better return by paying off debt than you will in a lot of places where you might invest it,” Lockhart notes, alluding to the historically low returns available on many savings products.

“A lot of people ask me ‘should I be investing money?’,” he explains. “I tell people with housing loans that if they put their money into an offset account or pay it off the loan, they’re effectively getting a 3 per cent return on their money.

“There aren’t a lot of places that will give you the same low-risk, high-return that you’ll get putting it against your mortgage.”

As interest rates continue to fall, you may be worried about the income you’re receiving from low-risk investments such as term deposits. That might lead you to chase bigger returns by putting money into shares, property or even newer assets such as exchange traded funds (ETFs) and property syndicates.

According to the Australian Securities and Investments Commission, the money you put in  savings accounts or term deposits is highly secure. Investments promising returns of 5-10 per cent or more almost certainly carry a much higher risk, however, so it’s vital you understand what you’re investing in and are confident you can afford the potential loss of some or all of your capital.

That reminds us of another old money rule that will never go out of fashion: buyer beware!