Save less, give more: Parents told to rethink money advice they teach kids 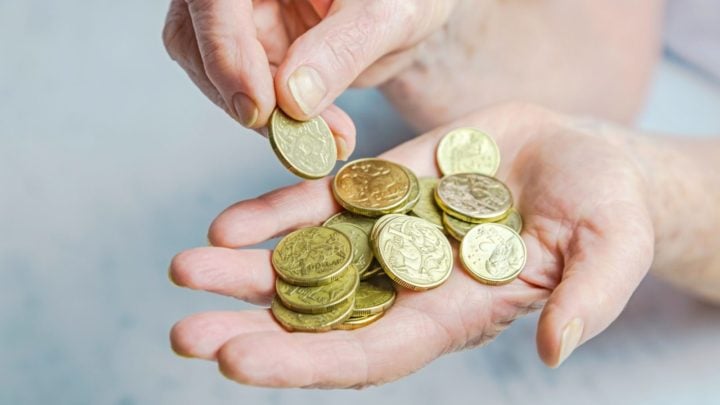 A researcher has claimed parents need to teach their kids more about the importance of giving money. Source: Getty

While it has long been imprinted in a child’s mind that saving money is essential a new study has now claimed that parents should be focusing more of their time on teaching their kids to give.

From a young age, most kids are taught to earn a living and save, doing chores around the house for a couple of dollars that will then be placed in a piggy bank, but according to recent research that’s perhaps not the most valuable financial lesson they could learn.

A study compiled by an expert from the University of Arizona and published in the Journal of Family and Economic Issues, has claimed mums and dads need to teach their children about the importance of giving to those in need.

Researcher Ashley LeBaron interviewed a total of 115 people as part of her study, including college students, parents and grandparents, questioning them on what they learned about money from their parents. The parent and grandparent participants were also asked what they taught their children about the topic.

Perhaps surprisingly, nearly 83 per cent of participants claimed an important part of financial education is knowledge of giving and the positive impact it can have on a person’s life.

“When you think about money and what kids learn about money from their parents, most of us wouldn’t think about giving as one of the basic principles of finance,” LeBaron explained.

“We tend to think more in terms of budgeting and saving and things like that, so it was surprising, but really cool, to see that giving was so prevalent.”

Participants described different motivations for teaching their children about giving, including a sense a religious duty, a desire to help others and a desire to give back. The main types of giving back included charitable donations, acts of kindness, including services provided more directly to people in need and investments in family, such as making financial sacrifices in order to benefit someone else.

While it may seem absurd to some, according to LeBaron it is actually a good way for kids to learn financial basics, like budgeting and saving. For example, kids could be taught to put some money away for personal savings while further funds would be given away. The researcher claimed it also brings about feelings of happiness which can positively influence a person’s health.

“If a certain percentage of your money goes toward giving, that’s the start of a budget right there,” she said. “People who are generous tend to be happier and have healthier relationships, so this is shaping not only a kids’ finances but aspects of their health and wellbeing.”

LeBaron said it’s also an important lesson for educators who can to play a part in a shaping a child’s financial future.

“In finance classes, we never talked about giving,” the researcher admitted. “But we learned that giving is maybe one of the more important facets of financial socialisation, so we need to be paying more attention to how it is taught.”

Did you ever teach you kids about giving? Do you think it is a good idea?