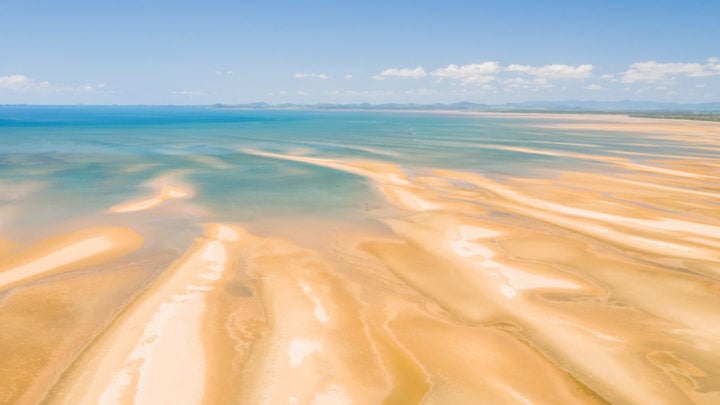 It's low tide out there for savers looking for decent interest rates on the market. Source: Getty.

A recent analysis on the state of the personal savings market found that almost 30 banks have cut at least one savings account rate this month alone. The significant reductions were notably not made in line with the RBA’s cuts to the cash rate back in March to the new, record-low rate of 0.25 per cent.

The results were collected from the database of financial comparison website Rate City and found that more than three quarters of all savings accounts offer maximum rates of less than 1 per cent, which only highlights the increasing severity of the current low-interest economy.

Australia’s second largest bank Westpac is the most recent financial institution to drop rates with a 0.05 per cent cut that has taken both the eSaver introductory rate and the Life bonus maximum rate to 1 per cent each. Similarly the conditional savings accounts offered by other major banks have also shown disappointing results with NAB holding a maximum of 1 per cent while ANZ dropped to 0.85 per cent and CBA to 0.5 per cent.

Standard savings accounts haven’t fared much better amid the current financial climate either, with CBA and NAB offering an introductory rate of 1.05 per cent and ANZ dropping to 0.8 per cent. Once the introductory rate has ended after three to five months, all four of the big banks cut their ongoing rates to 0.05 per cent.

Even certain market leaders that once sat above 2 per cent for conditional accounts have taken a dive with Bank of Queensland and top neo-banks Up and 86 400 both sitting on a maximum rate of 1.85 per cent.

Rate City researcher Sally Tindall says Westpac’s most recent drop serves as a good reminder for savers to check their rates to make sure they’re getting the best bang for their buck.

“Banks have been chipping away at savings rates since the emergency cash rate cut in March, on the back of sharper home loan rates and a drop in demand for deposits,” she said. “While the ultra-low savings environment is likely to remain for the foreseeable future, savers shouldn’t just accept a rate below 1 per cent. There is competition in the savings market if you know where to look, with a handful of banks still offering ongoing rates of up to 1.85 per cent.”

Despite being cut twice in March from 0.75 to 0.25 per cent, the RBA cash rate has remained untouched for the past three reviews. The most recent statement from RBA Governor Phillip Lowe at the beginning of June focused on the role the pandemic has played in putting Australia through the biggest economic contraction since the 1930s. However, Lowe also mentioned that despite the uncertainty of the future, the Board has hope for a quicker than expected recovery in light of declining infection rates, restrictions being lifted early, signs of work being stabilised after a sharp decline and some forms of consumer spending increasing.

The Reserve Bank has no plans on raising the cash rate target until there’s progress being made towards full employment and it’s confident that inflation will be sustainably within the 2-3 per cent target band.

Has your bank cut your interest rates? Are you going to shop around for a new bank?