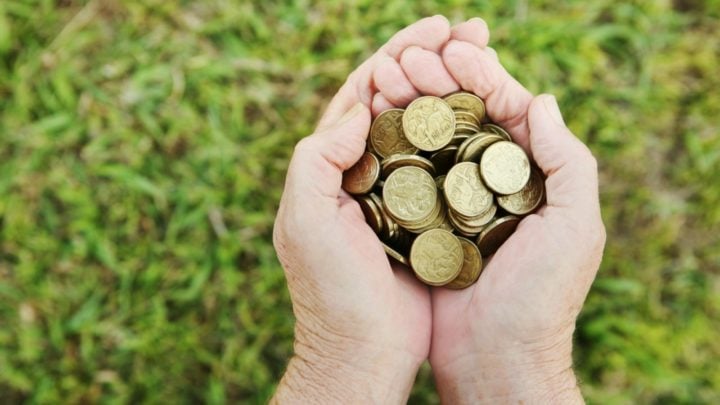 Today's cut sees the cash rate fall by a further 25 basis points to a historic low of 1.00 per cent. Source: Getty.

For the first time in more than a decade, the Reserve Bank of Australia has slashed the cash rate for a second consecutive month, bringing the figure to an all-time low.

Today’s cut sees the cash rate fall by a further 25 basis points to a historic low of 1.00 per cent, just one month after it dropped from 1.5 per cent to 1.25 per cent on June 4 – which was the first cut by the central bank in three years.

Announcing the news on Tuesday afternoon, Governor of the Reserve Bank Philip Lowe said the rate cut would “support employment growth” across the country, with labour force participation at a record level and reports of skills shortages in some areas.

“Today’s decision to lower the cash rate will help make further inroads into the spare capacity in the economy,” Lowe said in a statement.

“It will assist with faster progress in reducing unemployment and achieve more assured progress towards the inflation target. The Board will continue to monitor developments in the labour market closely and adjust monetary policy if needed to support sustainable growth in the economy and the achievement of the inflation target over time.”

While the cut will bring relief to mortgage holders and prospective first-time buyers across the country, as banks are likely to pass on the rate cut by reducing their rates for borrowers, the news wasn’t music to everyone’s ears with retirees and savers predicted to feel the pinch as interest rates may fall.

Many older Australians rely on term deposits as a way of generating income from their cash assets in retirement as interest rates on these accounts, and it is likely that the rate cut will be passed on to these customers in the form of lower interest rates.

According to Finder.com.au, savers across the country could wave goodbye to as much as $2.6 billion in interest as a result of today’s news, with Insights Manager Graham Cooke explaining that last month’s cut had been “too small to make the desired impact.

“The objective is to lower unemployment, boost wage growth and push inflation back to target. It’s clear that one cut isn’t enough,” Cooke said. “Frankly, two cuts might not be either, but it’s a step in the right direction and it’s great news for homeowners. It’s two down and maybe one or two more to go.”

The Big Four have also not yet confirmed whether they will pass on the full rate cut to customers, however RateCity’s Sally Tindall said she does not expect the big banks to pass on the whole cut, advising consumers to call their banks and “find out what they intend to do.”

In his statement, Lowe also hinted that further cash rate cuts could be on the horizon this year, as he said: “The possibility of lower interest rates remains on the table. It is not unrealistic to expect a further reduction in the cash rate.”

Mortgage Choice Chief Executive Susan Mitchell said the second cut provides a “fantastic” opportunity for first-time buyers to get a foot on the property ladder.

Is the RBA’s second consecutive cash rate cut a blow to your retirement income? Do you rely on term deposit accounts?