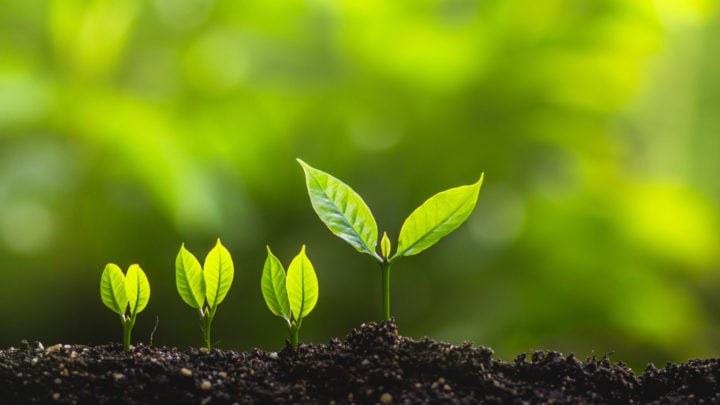 The increase will be a big help for financially vulnerable customers. Source: Getty.

After Thursday’s unscheduled cut to the Reserve Bank of Australia’s cash rate, at least two Aussie banks have surprised savers by today increasing their term deposit rates on specific maturities.

The RBA announced a further reduction to the cash rate in an off-calendar meeting – the first time such a change has been made since 1997 – by 25 basis points to a new record low of 0.25 per cent, on top of the 25-basis-point cut it made after its scheduled meeting on March 4. The cut was designed to prop up the Australian economy and calm financial markets as coronavirus restrictions impacted businesses and jobs.

Although a cut to the cash rate typically brings with it expectation of interest rate cuts on savings accounts as well as mortgages, on Friday Commonwealth Bank of Australia (CBA) and National Australia Bank (NAB) went against the grain to announce increases in term deposit rates.

CBA’s term deposit rate on 12-month maturity went up by 60 basis points to 1.7 percent per annum on balances from $5,000 to $2 million. CBA CEO Matt Comyn said the bank recognised it was a worrying time for its customers and that the rate increase was part of a series of moves to help support key parts of the Australian economy.

“This will be available to all personal customers, but will especially benefit older Australians relying on their savings,” Comyn said of the term deposit rate increase. “It will ensure all Australians are now able to earn a return on their savings which is more than 1.45 per cent higher than the official cash rate.”

CBA said it was also focused on other financially vulnerable groups: small businesses and home owners. As such, it cut the rate on exisiting cash-link small business loans by 1 per cent and by 0.7 per cent to 2.29 percent on one-, two- and three-year fixed home loan rates.

The bank also dropped home loan repayments to the minimum amount required under the borrower’s loan contract, which Comyn said would release up to $3.6 billion in cash for Australian households and could help about 730,000 customers. The reduction will be automatic, however customers can opt out of the change if they wish to keep up their current repayments.

Comyn also said that the bank would make it easier for customers experiencing hardship to access overdraft facilities, which can be applied for online. All customers will contacted with more information in early April.

Also on Friday, NAB introduced a 10-month term deposit rate of 1.75 per cent “in recognition that this low interest rate environment is hurting savers”.

The bank also said it would allow business banking customers to defer their repayments on a range of loans for up to six months if they were experiencing financial difficulty. It also cut 2 percent from the rate on new loans and all overdrafts on its QuickBiz product, effective from March 30, as well as cutting 1 percent from all small business loans.

NAB home loan customers will see a 60 basis point cut to their fixed rate home loans, although there was no change to home loan variable rates. In all, NAB calculated that the changes would inject more than $10 billion into the Australian economy over six months.

NAB CEO Ross McEwan said the measures were designed to provide some relief to businesses and home buyers over the coming months as they dealt with the unprecedented impact of Covid-19. “If any customer has questions or concerns, contact your banker now – please don’t wait,” he said.

Following its competitors, Westpac is now offering a 12-month term deposit of 1.7 per cent which is an increase of 70 basis points. While for Australians aged 65 years or over, the rate will be 2 per cent p.a. for eight months, effective on 27 March.

Meanwhile, acting CEO Peter King announced a $10 billion home lending fund to support the economy, and added that rather than cutting rates for variable home loan customers, the bank will offer big cuts for small business overdrafts by 200 basis points as well as a 100 basis point reduction to variable interest rates on small business cash-based loans.

As for home loans, Westpac’s new interest rates on one, two and three year fixed rates loans will be cut by the new rate of 2.29 per cent which will also be effective 27 March.

ANZ took a different approach to the second cash rate cut as they became the only big bank so far to announce they would be cutting variable rates for both new and existing home loan customers by 0.15 per cent to the new rate of 2.72 per cent, giving them the lowest ongoing variable rate out of the big four banks.

Along with this bold move, ANZ will also be cutting its two year fixed home loan rate by 0.49 per cent and will also allow customers experiencing financial difficult the option to defer home loan payments by up to six months.

Both banks are offering a series of aids for customers facing financial hardship, such as repayment holidays from mortgage loans, changing mortgages to interest-only repayments, redrawing against mortgages and opening up personal overdrafts. You can read more about CBA’s assistance here, NAB’s here and Westpac’s here.

CBA’s move set off a wave of similar reductions across ANZ, NAB and Westpac’s respective savings accounts, as well as at neo-banks such as 86 400 and Up. But Rate City Research Director Sally Tindall said Friday’s changes left door open for banks to follow suit with savings rates increases.

“CBA has paved the way and it’s possible the other big banks to follow in its footsteps and make adjustments to term deposit rates,” Tindall said after the CBA announcement on Friday morning.

As of Friday, small business owners can take comfort in knowing the ACCC has provided urgent interim authorisation to allow the Australian Banking Association and banks to work together to implement a relief package for them. This will allow for the deferral of principal and interest repayments for loans to small businesses in every sector that have been affected by Covid-19.

What other actions would you like to see the banks take to help Australians at this time?