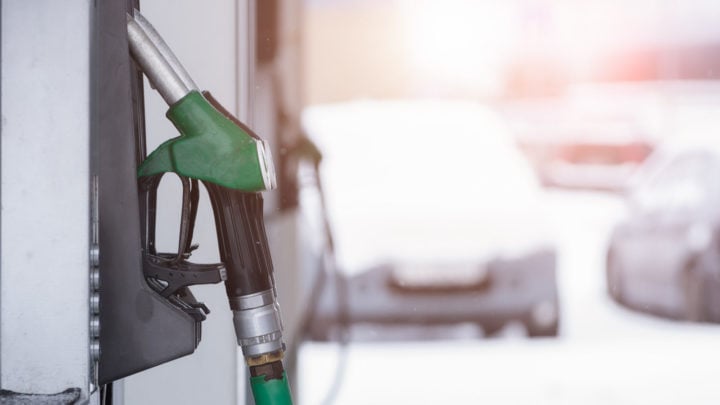 The ACCC said some petrol stations are charging excess for fuel. Source: Getty

Australia’s competition watchdog has vowed to keep an eye on rising petrol prices amid the coronavirus crisis, already calling out a number of suppliers for charging excessive amounts.

The Australian Consumer and Competition Commission (ACCC) said while some retailers are selling petrol for around 1 dollar a litre, others are still charging relatively high prices. Speaking to radio station 3AW recently, ACCC Chairman Rod Sims said it’s hard not be “outraged”  by some retailers who are charging excessive amounts.

And it’s not just the ACCC that are feeling a bit fed up, with the NRMA also calling out businesses for hiking prices unnecessarily.

“Gap between wholesale and retail price in Sydney the highest we’ve ever seen,” Peter Khoury, head of media for the NRMA wrote on Twitter. “Sydney’s price cycle falling at the slowest rate we’ve ever seen. Brisbane is worse and Melbourne not much better. Turns out #COVIDIOTS aren’t just found in toilet paper aisles.”

Gap between wholesale and retail price in Sydney the highest we’ve ever seen. Sydney’s price cycle falling at the slowest rate we’ve ever seen. Brisbane is worse and Melbourne not much better. Turns out #COVIDIOTS aren’t just found in toilet paper aisles pic.twitter.com/qMTqBuMHf4

“Therefore, a sustained decrease in these prices should lead — all else being equal — to lower prices at the local bowser,” Sims said. “We will be looking at the market very closely to determine if further sustained reductions in international prices are being passed on to consumers, and we will be publicly identifying those retailers that are not passing on reductions.”

Sims said while the ACCC cannot control the petrol prices companies set, they can call out problematic price setting which can influence company behaviour.

“At this time, the Australian economy needs all the assistance it can get, and lower world oil prices are one of the few positives from current world events,” he said.

He also encouraged Aussies to make use of fuel price apps and comparison websites to locate the cheaper petrol prices. He said by doing so, you could save much-needed money during this tricky financial situation.

“Petrol price apps and comparison schemes help people take advantage of lower prices at retail sites and work out when and where to buy, and we encourage their increased rollout and use,” Sims said.

Have you noticed a difference in petrol prices? Have you been able to get cheaper petrol recently?