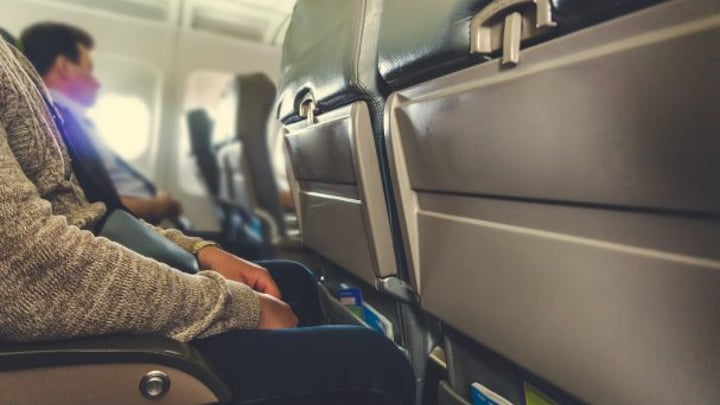 There are a few things about flying that irk us: long queues, cramped seats and inconsiderate passengers are just a few of them. But Jasmine Mays, a woman from Nevada in the United States, posted a video to Facebook of her in-flight nightmare, which involved a passenger behind her behaving rather badly.

The footage shows the woman behind her, albeit with a fairly good pedicure, extended her feet to Mays’ armrest in front of her. As you can see from the footage below, Mays was not impressed.

Most of the comments are in solidarity with Mays, saying woman stretching out her feet was way out of line.

One commenter said: “Just because those toes are painted doesn’t mean they don’t smell … and well … ewww.”

“There’s not enough Xanax in the world,” said another.

Some people plotted their revenge.

“Get YOUR nail polish out … and when she’s asleep, paint one of her nails the wrong colour!!!”

Another person added: “And don’t do a good job, polish like a four-year-old.”

“Start clipping her nails. Maybe she will get it,” another said.

Read more: The one piece of plane bathroom etiquette you’re not doing

It’s common courtesy while travelling to respect the limited space of others by not encroaching on armrests, seats and leg room that don’t belong to you.

We would have thought not putting your feet on the seat or armrest in front of you was just common sense, but maybe that’s not so common nowadays.

On your next flight, avoid using someone’s arm rest for your feet, always let the person in the middle seat have both armrests and keep your legs within the width of your own chair frame.

Comments have been modified slightly for spelling and style purposes.

What would you do in this situation?