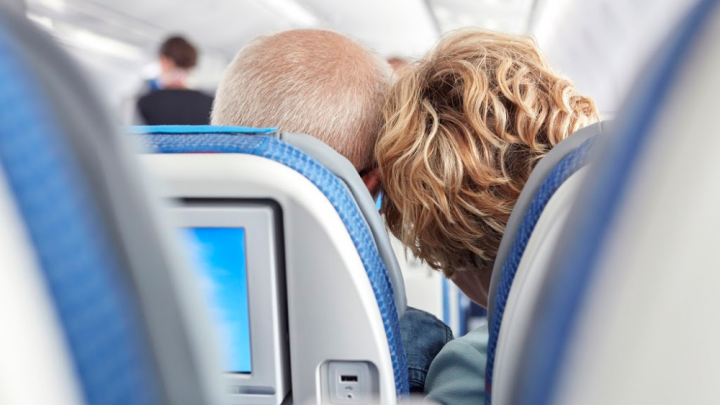 Travelling creates so many special memories, what are some of yours? Source: Getty

When we asked the members of our special Travel Lovers group to share their favourite travel memories, we could never have imagined the incredible responses we’d receive. Some were fun, some were exciting and some incredibly moving, but one thing’s for sure – all of them were inspirational! Here are some of our favourites:

“I had travelled often with my husband, mostly on business, and loved it. Before he died of cancer he told me to do what I wanted in the future – guess who felt deliriously proud and happy after climbing to the top of the Borobudur Temple on my own?! There has been no stopping me since…” – Elaine Murray

“The helicopter from Juneau to the glacier, with Enya music in the headphones – surreal! Once up there I felt guilty for standing on the pristine ice. I was on a high and didn’t stop smiling for two days.” – Margot Cavanagh

“Driving in to Barcelona and our guide playing Freddie Mercury and Montserrat Caballe singing Barcelona over the PA in the bus… wonderful.” – Jennifer Vass

“Laying my hand on the damp moss on the outside wall of Angkor Wat in Cambodia in the semi-darkness before dawn, all by myself. It was my very first solo adventure and I remember thinking to myself: ‘Bloody hell, girl. You’ve actually done it!’ I felt like there was nothing I couldn’t conquer, and it was the beginning of some fabulous solo adventures that continue still…” – Glenn Craig

“Swimming on the Arctic Circle in Iceland was amazing, Lake Mývatn is in the north of the country and it’s 36.7° Celsius. I prefer it to the Blue Lagoon in Reykjavik because it’s surrounded by snow-capped mountains. A wonderful experience.” – Pam Hausler

“There’s a huge park in Brisbane which covers two eastern suburbs. There was always a rumour about there being deer in there, but we just thought it was just a myth. One day my husband and I were riding our bikes along the bike track when suddenly he said, ‘Stop’. There, standing about 200 yards from us, was a big buck. We stayed put for what seemed like 10 minutes until it went back into the bush. Never saw it again.” – Wendy Biden

“I’m originally from the UK and my first overseas trip was to Italy at age 18. A trip to Venice opened my eyes and heart to this wonderful, fascinating place – its history, its narrow winding walkways and bridges, a map that bore no relation to the streets! I loved getting lost which allowed me to explore this place that I have been fortunate to visit on numerous occasions. It never fails to thrill me.” – Pamela Elaine Hack

“I have two highlights – one in the UK and the other in France. Firstly, Stonehenge. People said don’t bother going, it’s boring etc. But it was on my bucket list and I was determined to go. We went with a private guide and arrived around 5pm. We went straight to the circle of stones and were the only ones inside the fenced-off area. The guide got my husband to wait while I had a few minutes on my own inside the stones. Honestly, the hairs were standing up on my arms. I walked between the stones (you are not allowed to touch them now) and held copper divining rods that went every which way in certain areas. The whole experience, including the beautiful sunset through the stones, was magical. We were there for three hours and it was worth every cent. My second highlight was a few years earlier in France. We had taken the fast train south to Marseilles and went as far as the harbour. Coming up from the underground train station right into the middle of the fish market by the harbour was an absolute assault on the senses. The sight of the end-to-end tables groaning with fish catches, the sounds of competing fishermen selling their fish and the intoxicating smells coming from the big bouillabaisse drums are impossible to forget. I will go back to both places.” – Jill Devaus

“The grizzly running next to our motorhome in Alaska. It came straight out of the bush – we were in the way, so it ran next to us. The water buffalo at Ngorongoro Crater munching at the side of our tent. You could hear it snorting between mouthfuls. We laid very quietly.” – Ruth Lorraine Spink

“So many, but sailing on the Nile was special! Seeing men in robes on donkeys and hearing the call to prayer relaying down the river. It was so quiet and peaceful, and it felt like going back thousands of years.” – Liz Roberts

“It was 2004 and I was working in China. Riding home on my pushbike I took a new route, just because, and saw what looked like a tiny little timber cabin in a park. It had a sign that said “Tom’s Bar” – in English! I thought I was seeing things! After months with no native English-speakers to have a chat and a laugh with, I was so excited. I figured it might’ve been owned by an American (Uncle Tom’s Cabin) and I’d have someone to talk to without a translator! Lo & behold, leaning in the doorway was a huge Chinese bloke with a big smile on his face. “Ni hao,” I said [“Hello”]. We introduced ourselves. “TOM,” he boomed, pointing to himself. Soooo, not American then, LOL. We shook hands. Turns out “Tom” was his one and only word of English. And I spoke very little Chinese. But I had my lifesaver – a trusty little Chinese/English dictionary. We sat at one of the little round tables out the front and he brought out ice-cold beer (a big treat as it’s usually not refrigerated at all over there), and we proceeded to have a crazy afternoon, laughing our heads off. We’ve been really good friends ever since.” – Glenys Mac

“Chitwan National Park in Nepal. Going out in the late afternoon to – hopefully – see tigers. We were in an open four-wheel drive, going down tracks with impenetrable bush that our guide said could be harbouring tigers! Eventually we heard one roaring – it was a spine-chilling sound! Our guide was adamant we wait for it to come down the road to the lake behind us. We never saw the tiger, but it was getting closer and closer, and we asked our guide and the driver to hot-tail it back to camp as we had no desire to be the tiger’s entrée!” – Trevor Stuart-Dent

Want to join the Travel at 60 Travel Lovers group? Sign up here!