‘Visiting Australia’s country towns can be a sobering experience’ 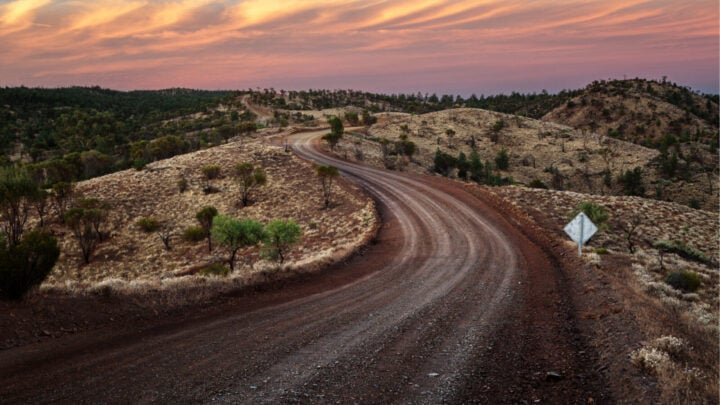 It seems to me a little sad. In the cities it’s all about the latest American rapper or no-talent people on reality shows. Australian names from the past are largely lost, forgotten and generally neglected. The work of once literary giants like Banjo Paterson have escaped notice. His accurate descriptions and portrayals of times past appear no longer meaningful. Unwanted, unused.

All is not lost out in the sticks however. On a country road in western New South Wales there’s an intersection. Where two roads meet there’s a log that’s been professionally carved with the name Ironbark etched deeply in its grains. There’s also a mobile coffee van. I’m not sure which interested me most.

At least I recognised the name. I had arrived at Stuart Town to the best of my knowledge. However, it once was called Ironbark, only getting its name changed because there was confusion for the postal service due to another town having the same name. Obviously this town had history, so I took the turnoff and headed up the street without any knowledge of where it might lead.

Indeed, I’d only come this way because there was a hotel advertised at Mumbil, now there’s a moniker. I figured any place with a name like that had to be viewed but I’d quickly gone through and figured that, since Stuart Town was just up the road, I might as well have a look.

I was loving it. Cast back in time I eased the car up the slight incline. The village was riddled with classic architecture from a 100 years ago or more. No fancy modern residential area here. Tin, wood, fibro, accompanied by classic stone chimneys. A bullnose verandah with some wrought iron work stood out. Obviously once a commercial establishment, as was another wall with much faded paint denoting what had been a bakery. It was at once both sad and exciting.

At the next intersection was the one flourishing building and a crowd was obviously inside if the vehicles parked around were any indication. It’s natural in the bush that the hotel is the great survivor. A standout two storey edifice with freshly painted balcony with ornamental brackets, the Australia Hotel is the building of significance here. Put into context however, there were once 100 of the genre, which is often used as a mark as to how prosperous a place was. There were a purported 30,000 people living in the area, for this is an old gold rush town and, even today, you can still pan in a nearby creek, though it’s unlikely you’ll be part of a crowd.

” … And whether he’s believed or no, there’s one thing to remark, that flowing beards are all the go way up in Ironbark,” thus wrote Mr Paterson. But there was not a hint of anyone walking around with hairy protuberances today to add to the historical feel of Stuart Town. In fact, apart from the lady at the coffee cart, I didn’t see anyone.

Other houses featured bric-a-brac in the gardens with no semblance of order. Such plots are rare in the city but you’d almost be disappointed if you didn’t find at least one in a village like this and, indeed, there were several.

The modernity of the few paved streets belied the extraordinary circumstances that some people found themselves in. One place with a well mown lawn was nothing more than a glorified tin shed affixed to upright poles. Immediately I thought of summer and winter extremes and how harsh it must be. The place next door was no better. It’s a different world out here and I longed to know more, but it wouldn’t be today that I’d find out.

I stopped and chatted to the coffee lady. She said it was a busy road and she’d done well during the crisis. I was amazed. It certainly wasn’t a highway and there were no towns of significance. Burrendong Dam and its surrounds were the only things noteworthy it seemed to me, which was probably showing my ignorance.

So I sipped on my hot chocolate and another customer arrived, then a car went past; it was indeed busy.

Drifting back to Mumbil I saw more of the same; discarded vehicles in backyards, homes in various stages of decay, a corrugated iron hall and wooden church. Closer to Wellington was a place called Dripstone. A long-ago abandoned stone church was structurally intact but devoid of anything religious inside, the altar vanished, the windows bare of stained glass. Further up the side road, what once were houses hadn’t seen a laden paint brush in living memory and a solid bluestone cottage had been boarded up who-knows-when and seemed to be a mere storage shed.

I pondered the lives of those who dwelled within; how they got their daily bread, so to speak, and felt quite downcast considering the history, knowing that in a couple of decades most would be in a state of ruin.

Next stop was a café at the northern end of Wellington. A hot chocolate was required and some reflection. Amazingly, there was a well-thumbed copy of collected A.B. Banjo Paterson’s works on the table I chose to sit at. I read through The Drover’s Wife and saw again how Paterson had captured the essence of the bush, the reality of the harsh life and those who led it. May his be not forgotten.

Have you spent much time out bush?