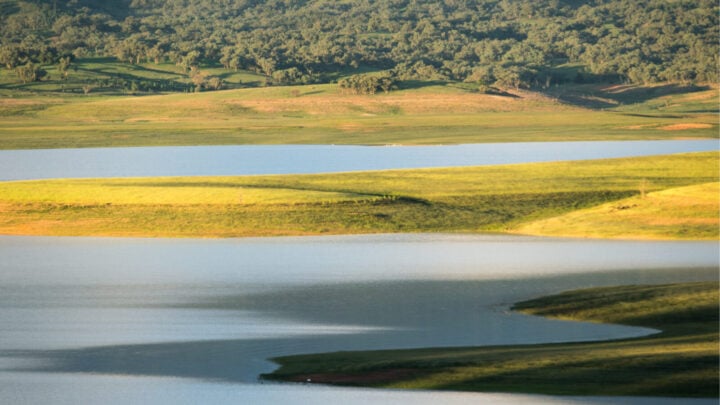 Ian pays a visit to the Burrendong dam. Source: Getty

It’s usually the drive of one person in particular that sees the great projects evolve. Take the Sydney Opera House for instance. Though it’s Jørn Utzon’s name that usually crops up, the names Sir Eugene Goossens and Joseph Cahill should always be remembered for it was Goossens’ lamenting of poor opera facilities and Cahill’s political will that spawned and fostered the concept.

Out Wellington, New South Wales, way, or more specifically Burrendong, but on a much smaller scale of course, there was a family named Althofer. There were two brothers living out there and one had a vision of a botanical garden. George was the inspiration behind Burrendong Botanical Gardens and Arboretum and his brother Peter was also involved.

George became a small legend as a writer, poet, nurseryman and botanist, ultimately receiving an OAM, but Peter is the one that stands out at the garden today because he visualised ferns where there weren’t any. He saw a dry gully as a verdant fernery and had the capacity to make it a reality, along with his wife Hazel.

These days, from the Fern Gully carpark, there’s a huge umbrella-type thing off to the right. It’s quite an extraordinary thing, like a circus tent with no canvas on it, and it has provided the necessary shade to retain moisture and foster fern growth. On closer inspection it’s a series of hundreds of strands onto which leaves and bark have fallen to ultimately give shade, just what the ferns want. Beneath, there’s flourishing growth and cooler temperatures and an ephemeral streamlet.

Elsewhere there’s a healthy assortment of Australian natives and some odd ones there are; certainly a few that I’d never seen before. Then again, I have trouble discerning my hakeas from my grevillea. Like Australian natives, they’re not prolific in the sense of tulips, there’s no vast layers of colour, more like confetti sprinkled through the bush and they all display their individuality and odd shapes. They are decidedly an attractant to the local birdlife as well, twitchers please note.

Its situation above the water supply dam of Burrendong makes it a pleasant place to spend an afternoon and the seating and toilets on the high point allow you to take advantage of it while you pour from your thermos while relaxing on one of the bench seats.

The avid botanist might also wish to travel the kilometres of dirt tracks that criss-cross the facility but it was a bit lost on me. Overall though, might I suggest unknowingly, spring would seem to be an ideal time to visit. It’s definitely worth a look.

Have you been to Burrendong?