The disgusting in-flight habit flight attendants are sick of 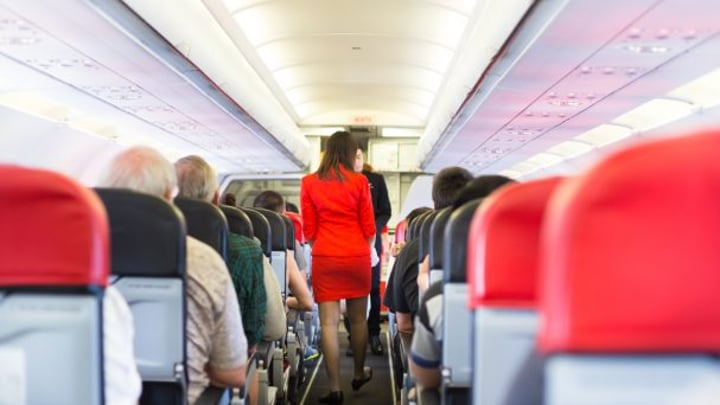 Crying babies, nervous flyers, turbulent flights – flight attendants have a lot to deal with during a flight, so it’s not surprising that they see people say and do some incredible, annoying and even disgusting things.

Annette Long, a flight attendant with 13 years of experience, shared here experience in the skies with Business Insider and revealed some of her biggest pet peeves that she’s developed along the way.

There’s one particular pet peeve that is not only disgusting but disturbingly common.

Read more: The drink order that annoys flight attendants the most

“And it’s not an infrequent thing, believe it or not.”

Feet in general and the source of much of her discomfort during a flight.

“And feet in general — we have feet everywhere,” she said.

“We have people take their shoes off and put their feet on the bulkhead, the wall between first class. Their feet are up there or their feet are on either arm rest of the seat in front of them.

“Feet in general just aren’t nice to have for other people’s viewing pleasure.

Read more: How to stop your legs from swelling on a long flight

But it’s not just the flight attendants who hate seeing feet flying around the cabin, the passengers can’t stand it either.

Jasmine Mays, a woman from Nevada in the United States, posted a video to Facebook of her in-flight nightmare, which involved the passenger behind her extending their feet onto her armrest.

Mays recorded the incident with the video on Facebook, which has since received more than 25 million views.

Many people commented on the video in solidarity with Mays, saying the woman stretching out her feet was being disrespectful.