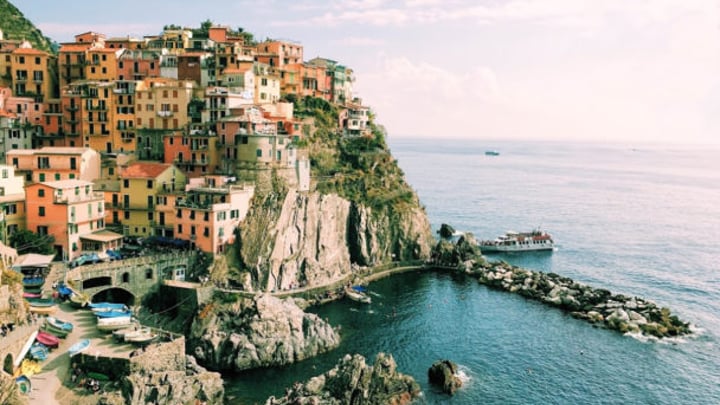 The magnificent steep cliffs in Cinque Terre are one of the most popular tourist hotspots in all of Italy but unprepared tourists exploring the rocky pathways could face a hefty fine if they’re caught wearing the wrong footwear.

Thongs, heels and sandals will no longer be acceptable on the dreamy holiday destination after mountain rescue units have become fed up with rescuing ill-equipped tourists who become stuck on tricky pathways, The Telegraph reports.

Fines ranging from AUD$90 to $4,600 will be issued to anyone breaking the new footwear laws, depending on the level of inconvenience and expense they inflict on local authorities.

A public information campaign has been introduced by the national park authority this year to convince tourists to come prepared for the unexpected.

Although Cinque Terre seems like a calm coastal town, Head of the Cinque Terre national park said tourists underestimate how strenuous and dangerous the paths and hikes can be.

“The problem is that people come here thinking they are at the seaside, but the paths above the villages are like mountain trails,” he told The Telegraph.

Volunteers from the Club Alpino Italiano hiking organisation are the ones who continuously rescue tourists from sticky situations. Last year the group rescued a German family who attempted to climb a rocky path with a child in a pram, as well as an elderly Italian man who attempted a cliff-top trail despite his leg being in a cast.

Maurizio Cattani, a member of the organisation, said tourists desperately need better education on the difficulty of the trails.

“The paths are like Alpine trails. Tourists should not be tackling them in flip-flops and without adequate water,” he said, according to The Telegraph.

The effort to educate tourists and reduce environmental impact comes only weeks after Venice also decided to introduce a new law to deal with the growing tourism problem. A travel fee of around $8 will be imposed on any day-trippers heading to the sinking city in an attempt to deter short-term visitors who don’t contribute to local economy.

Like many other picturesque destinations in Europe, Cinque Terre has quickly become inundated with tourists and attracts around 2.5 million visitors per year. With the tourist season starting up in the coming months, officials are considering shutting off several pathways to limit the environmental damage from the heightened foot traffic.

Conserving the stunning natural land will become more important this year as tourism in the small fishing villages is expected to surge this season with the number of cruise ship passengers docking at the nearby port of La Spezia increasing to an estimated 750,000 passengers compared to 450,000 passengers in 2018.

Have you experienced the rocky pathways at Cinque Terre? Do you agree with the fines?