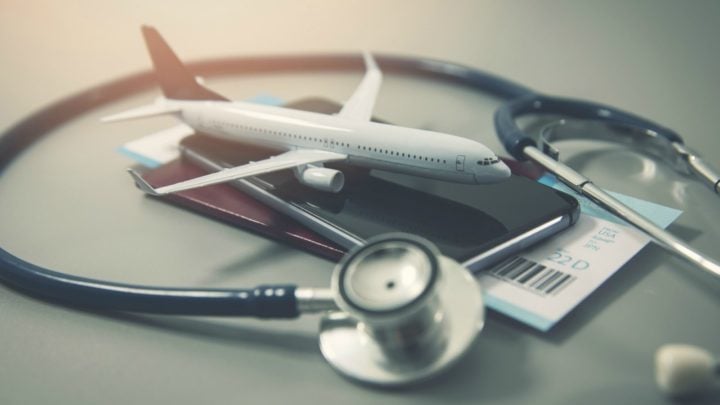 A recent report found that Australian travel insurers are still selling holiday-makers policies that will not cover them for mental health. Source: Getty

A report by the Victorian Equal Opportunity and Human Rights Commission (VEOHRC) found that in a period of eight months, between July 2017 and April 2018, Australian travel insurers sold more than 365,000 policies that contained terms which discriminated against people with mental health conditions.

VEOHRC commissioner Kristen Hilton said the report found that for many people with mental health conditions, “travel insurance was either not available or could not be claimed”.

“Australians are avid travellers. We travel for work, family and adventure. Being able to access insurance equitably is an important part of travelling,” she said.

But the Insurance Council of Australia (ICA) insisted that travel insurers were making rapid improvements in their coverage of customers who need emergency treatment for their mental health issues while outside Australia.

“The ICA has been working with its members and other stakeholders for some time on improving mental health-related coverage and outcomes for travel insurance customers, and strong progress has been made,” he said.

Meanwhile, ICA General Manager Communications Campbell Fuller told Travel at 60 most insurers refused to cover the cost of treating mental health issues because they weren’t able to get data on the conditions in a way that allowed them to work out how much risk they were taking in providing insurance.

But he said that the larger amount of data now available, plus the advances in treatments for mental health conditions, allowed insurers to get a better grip on how much they should charge for providing cover.

There were still holes in the data, though, Fuller added, noting that it had been lobbying the federal government for a long time to provide funding for information on mental health diagnoses to be collected national. The last time such a national survey was done was 2007, and there’s been insufficient funding to repeat it, he said.

“There is an increasing focus and general awareness of mental health in the Australian community,” Fuller said. “Together with the growing number of Australians travelling overseas, this has led to the changes in the way mental health is covered by travel insurance policies.”

Mental health care can be covered on private health insurance, but this cover is not always useful overseas. Your Medicare card does entitle you to basic medical treatment in 11 countries, including New Zealand and the UK, but if you need mental health care, only travel insurance can help, unless you’re happy to face a large bill when you get home.

What are your thoughts on this? Do you think travel insurance should include mental health care?