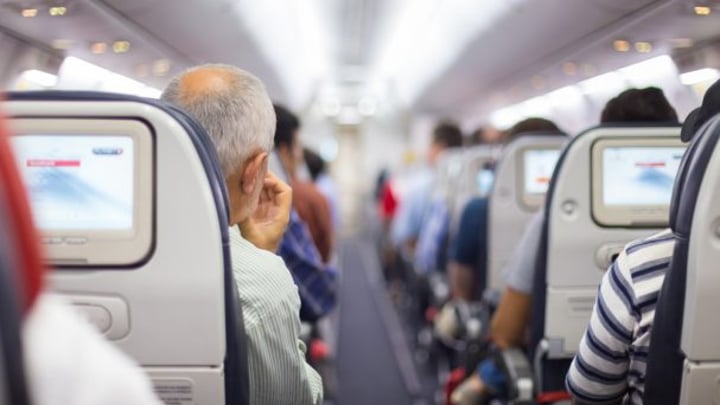 What was set to be one man’s final goodbye to his beloved wife of more than five decades turned out to be much more than he expected after the kindness of strangers allowed him to take one last trip with her.

Twitter user KMD took to social media to share the story of his friend’s father who was transporting his wife’s ashes from where they’d lived in Yokohoma, Japan, to their hometown in Saga Prefecture in Kyushu.

In Japan, most bodies of the deceased are cremated with the ashes typically returned to a person’s home, to set up as a grave or memorial, or even used as fertiliser for a tree.

The transportation of ashes, as you can imagine, can be quite an emotional journey.

Read more: The surefire way to get your bag off the plane first

The man who was taking his wife’s ashes back to their hometown had to fly from Yokohama to Saga.

He had brought his wife’s ashes in a large bag and as it was rather big, he asked the luggage check-in counter if it was all right for him to carry it on.

He was told it was okay and so boarded the flight, storing the bag in the overheard compartment before sitting down.

A flight attendant (or angel) came over and said to him, “The seat next to you is empty. Would your travelling companion like to sit down?”

The flight attendant then took the bag down for him and placed it on the seat next to him, even going so far as to secure it with the seatbelt.

His wife’s ashes were even treated to her share of refreshments throughout the flight duration.

Read more: Bad news if you like to bring books on the plane

The man said of the experience: “We were able to have a final trip together; just the two of us.”

The man’s story has sent Twitter into a flurry with Japanese users responding to the post in the most heartfelt ways: “They gave him a trip that he will never forget,” one person said.

Another commented, “That made me cry”, with the response, “Me too. Not tears of sadness, but warm tears of joy.”

“I know they just did it because they had the extra space but the fact that they actually did it is amazing,” said another. “I want to be someone capable of giving such great service to others.”

What do you think of the flight attendant's actions?