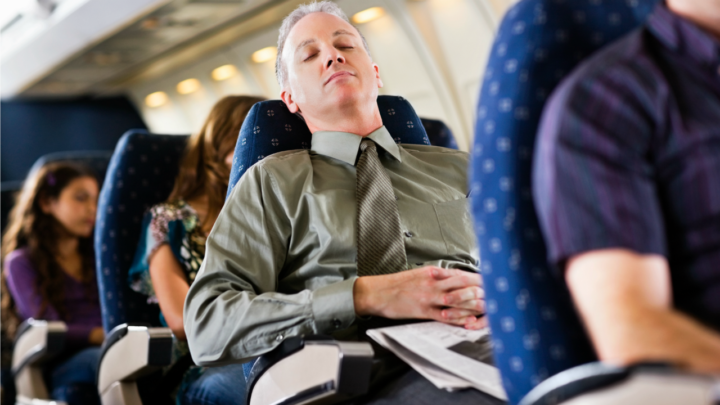 A British etiquette expert has revealed the etiquette of reclining seats on flights. Source: Getty

The question, ‘To recline, or not recline?’ is one many modern-day travellers struggle with during a flight, but now a British etiquette expert has revealed the unwritten rules around lying back in your seat on flights.

It’s often expected that your seat remains upright during meal times whenever someone is behind you (particularly when seated in economy class), but during the rest of the flight it’s fair game, according to William Hanson.

“It’s the classic long-haul issue – when to recline your seat? If a meal service is taking place then wait until this has been delivered and cleared before you kick back,” he wrote in British newspaper the Mirror.

“Well, we don’t want to actually kick back: it’s more an apologetic glance behind to check the person at the rear isn’t going to be concussed by your sudden slanting.”

Read more: Travel writer says these people are ‘the worst’ on flights

Meanwhile, it comes after American travel writer Abbey Gingras sparked debate earlier this year after she revealed passengers who recline their seats on a plane are “the worst”.

What are your thoughts on this? Have you ever asked someone to un-recline their seat?