The year of the road trip! Australia experiences huge caravan and camping boom 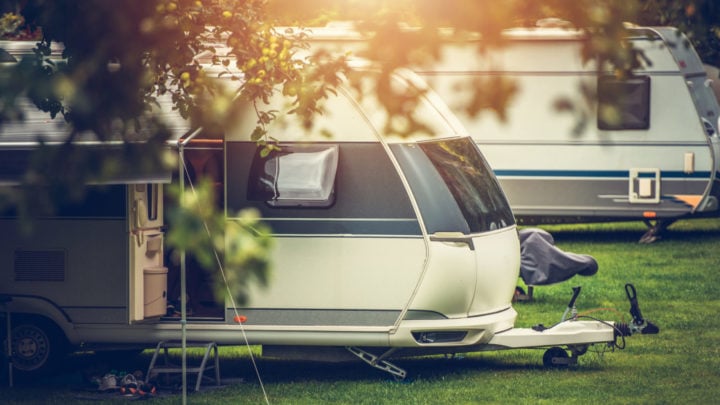 According to new research there's been far more people than usual camping and caravanning this winter in Australia. Source: Getty

Aussies may not be jetting off overseas on holidays for some time, but they’re certainly making the most of exploring their own country, with new research dubbing 2020 ‘the year of the road trip’.

In the past few months Australians have been hitting the roads in their masses, firstly because they just love travelling and needed to get out after so long in self-isolation, but also because it’s easy to still practise social distancing. Usually during winter, many Aussies would jump in a plane and head over to Europe to escape the chill, but this year according to a new study published by Camplify, there’s been a 125 per cent increase in winter camping holidays in the Land Down Under compared to last year.

The report outlined the key travel trends among Aussies during May and June this year, compared to the same months in 2019. And it’s clear to see confidence in travel began to increase in May and continued to do so very rapidly. By the end of June bookings had increased by 1,125 per cent compared to the two months prior when lockdown restrictions were in place, suggesting Aussies were eager to get back out there and travel.

According to Camplify founder and Chief Executive Officer Justin Hales he’s not all that surprised by these statistics, as Aussies really do love to travel.

“We know Aussies love a good holiday and local caravan and campervan breaks offer a great way for people to safely venture out and reset amongst nature once again,” he said. “With self-contained caravans and campervans socially distanced by design, we understand that this style of travel offers holidaymakers an extra feeling of safety and control – 2020 is definitely the year of the Australian road trip due to its flexible nature.”

Travel at 60 has also noticed this continuous stream of enquiries about Aussie holidays over the past few months since restrictions began to ease, particularly with community trips organised specially for the over-60 travellers. Over the past month three community getaways have headed off to explore sunny Queensland – with more planned for the coming months.

And there’s still spots available on some for those who are eager to experience a holiday with like-minded over-60s. The Tilt Train and Turtles Getaway has a few seats up for grabs in November and December, plus new departures in February next year. Meanwhile, the seven-night Gold Coast Getaway is departing in November and has availability as well.

Others are opting for a short getaway with their partner, with stays in the Sunshine State also very popular, such as Cairns in the north and Stanthorpe in the south. But, for those who want to put their caravan or campervan to good use, there is a great self-drive package on offer too.

The short getaway includes three nights at a powered ensuite drive through site in Longreach, Queensland, plus tickets for the Nogo Station experience and Starlight’s Cruise experience.

Have you been on a holiday recently? Where did you go?