Why Donald Trump’s words and actions affect us all 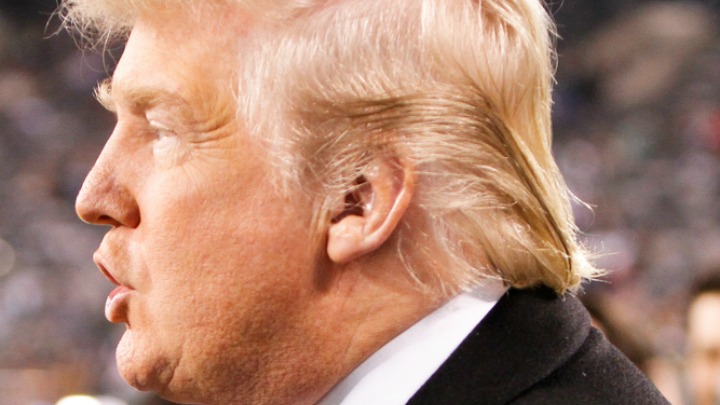 Isn’t it interesting that so many women have suddenly come forward, after all these years, to tell their stories and in just the last few weeks of the United States election?

“What do these women hope to gain from digging up something which ‘supposedly’ happened in the past?”

Whether you support Donald Trump or not, it is the issue of touching someone without consent that should be addressed.

I am now 58 years old, and this week realised that I should have made a complaint about the primary school teacher who touched me, and probably most of the girls in our one-teacher, bush school back in the 1960s.

I should have told my mother about older, male cousins who did much worse things to me when I was five years old.

I should have told my father, the “good lad” who lived up the road, was known as ‘Roman Hands’ and ‘Russian Fingers’.

I should have told the teachers at high school about the boys in my class who would corner me and the other girls and then drag us individually into the art room cupboard and lock the door.

I should have told the flight attendant about the young, Australian man who rubbed up against me and suggested I meet him in the bathroom on a long-haul fight back from Thailand when I was barely 20 years old.

I should have told my friend about her boyfriend and his unwanted advances before she married him.

I should have told my boss about his partner, who repeatedly asked me to stay back and help him catch up on ‘important’ work… Wink wink, nudge nudge!

Yes, I should have told someone about the abusive and predatory males who touched me in the most intimate ways from a very young age but I was scared, humiliated and embarrassed. I thought I would be blamed and accused of lying. I felt that maybe I had done something to encourage these boys, who then became men, to behave in this manner.

It seems even now, at my age, some males think I should be flattered by their inappropriate, sexual behaviour.

In India, I obeyed the cultural rules by dressing conservatively and not walking alone but was still touched from behind in crowded streets.

In Turkey, a tour guide decided I should not leave the country without experiencing a little “afternoon delight” — Turkish style!

I learnt I had to be tactful and often use humour when dealing with certain men as there was always a very real threat of violation. In an effort to stay safe, I attached myself to males who would provide some sort of physical protection because I was too afraid to speak up for myself.

Well, guess what, not anymore!

The bottom line is, touching anyone without consent is not acceptable and it doesn’t matter how much money, fame, position or success goes with the person who is doing the touching.

By speaking out now, I want every male on this planet to understand you have been put on notice.

Speak up girls… It is never too late to make a complaint. We need to put a stop to this disgusting, predatorily, male behaviour.

Chances are your mother, sister, girlfriend, or daughter have all experienced some of the same things I have. Chances are, they did not make a complaint either. It’s time to make a change and no matter who wins the US election, Donald Trump has managed to highlight an issue which should be acknowledged and challenged, as totally unacceptable. Touching without consent is just not on!

In response to the man I thought who would understand when I confided in him about the incident with the Turkish guide — you will never know how much it hurt me when you said, “Isn’t that the way Aussie women give a good tip?” Ha! Ha!

No! It was not funny at all.

What do you think about what this author has to say? Is it important for women (and men) who have been sexually assaulted to speak out? Share your thoughts on this issue with us.