‘Regional Australia was once the country’s bread basket… What happened?’ 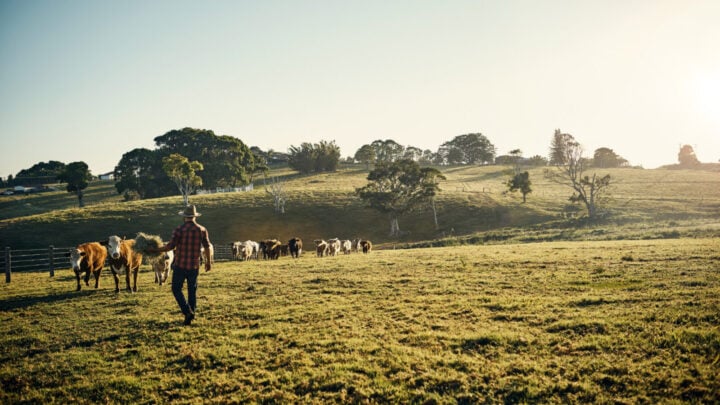 Australia has turned its back on its rural and regional areas in the past 30-plus years. Source: Getty

The amount of rubbish written about rural and regional Australia has to be seen to be believed. If you took it at face value, you’d have to believe that people living outside the dozen or so great metro areas of Australia not only inhabit another dimension but are also possessed of genes and DNA more akin to another species.

Apparently we are so hard-bitten conservative in our outlook that we’d give the American Tea Party a good run for its money. We also despise the high-falutin’ secularism of ABC-loving urban elites. We loathe any form of transfer payments to the indigent, preferring to flog them towards non-existent jobs rather than part with a red cent, but if they end up sleeping rough under a culvert it was always “their choice”. And, above all, our plight is due entirely to the prejudice against us of “the city”. As I said, it’s rubbish.

It may come as a surprise to some that people who live in rural and regional Australia are not much different from other Aussies – except, possibly, for a more highly sensitive nose to when the rains may come. But why regional Australia could seem different is that it received a particularly bad deal when the bean counters took over the country back in the late 1980s. Before then, regional Australia was the bread basket of the country and generations of families invested everything they had in building flourishing farming enterprises that ensured each and every Australian could have quality food and clothing in their homes.

How much of your grocery shop can now be sourced to local producers, I wonder? And I don’t mean rackets like the New Zealand-sourced produce that is really Asian in origin but packaged in NZ. While everyone naturally would prefer to pay less for their essentials, people forget that every dollar going abroad is a deep wound in regional Australia. Look no further than the travails of SPC Ardmona in Shepparton and those who depended on it.

It’s a classic case of the Circular Flow of Money, that what goes around comes around, which was about the first thing to penetrate my adolescent head when I studied economics at university. It’s a principle of prosperity so basic and so fundamental to human interaction that you can only scratch your head as to why we ignore it.

So, our brilliant leaders trip off overseas and “negotiate” another free-trade agreement, then return to boast of their success in landing contracts for those of our products the world really wants – coal, iron ore, beef, tertiary education (not entirely a joke), etc – but are surprisingly tongue-tied if asked what quid pro quo is in the deal for the dopes we’d supposedly schmoozed into buying more of our stuff.

And before long, another wave of produce is dumped on our supermarket shelves, putting more Australian livelihoods at risk. That’s free trade, I hear someone say. Or smoke and mirrors, behind which only a few Aussies become really big winners and the rest – particularly in regional Australia – wither on the vine.

This leads to the inevitable question: why is nothing ever said about the wholesale destruction of what was once integral to our way of life – the efficient family farm and the diligent towns and industries that spun off them? Well, don’t waste your time asking any of our politicians. For more than 30 years they have become so skilled at dodging questions about the real state of regional Australia – and been allowed to get away with it – that I doubt anything is going to change soon. So, what about the rural media, then?

Last year – the ignominious 2020 – saw a rash of closures and contractions among regional newspaper and electronic media outlets that set off a deluge of introspective soul-searching. It even prompted a celebrity – TV host Ray Martin – to take up the cudgels on behalf of the battered media of non-metro Australia.

Someone suggested that as the publisher of a small country newsletter, I should at least investigate, with the possible aim of tying our flag to Ray Martin’s mast. But a perusal of his website revealed that the principal backers of this campaign were the old media interests
themselves, the same ones who had left regional Australia in the lurch when (metaphorically) shutting up shop last year. Very little joy there, I surmised.

These thoughts came to me when asked by a colleague in the community radio sector what would happen to ventures like ours should this most expedient of federal governments decide to open its wallet and distribute our tax money to some of these old media suspects. It was a tough question because you are talking about millions versus peanuts here and only a mug enters the ring facing those odds. However, I put this to him: I believe that the reason why so many regional media outlets ran up the white flag in 2020 was not only because the superficial economics of the industry were working against them.

It seemed obvious to me that a big part of the decline of regional Australia was because it had been allowed to happen, by politicians not being straight with their fellow citizens, and also because the media outlets had surrendered their right – no, their duty – to demand answers to difficult questions, preferring instead to cosy up to the big (read: well-lined) battalions rather than work in the best interests of the region as a whole.

Shortly after we moved to regional New South Wales, we saw it. And it was blatant. The local member of parliament having his photo in a single 36-page edition a full six times, despite having nothing of consequence to say. Then, when all sorts of shenanigans were going on with irrigation water licences in the Murray-Darling Basin, it was barely reported.

The result, in the short-to-medium term, was that the politicians got away with it. Again. But the long-term losers were the regional media companies themselves, because although the complexity of an issue might have puzzled most readers and viewers, they are not fools and could see that instead of being told the truth about what was really going on, they were being short-changed. So, I replied to my colleague that I wasn’t worried if the traditional media companies decided to shake off the old laziness and re-enter the hard-copy media market, because their credibility with the local citizenry had been shot to pieces.

Yet I was just as mindful that, in saying this, I was hammering another nail into the coffin of regional Australia. While little papers like the one we produce try to fill a yawning gap in regional public life, we can never succeed beyond being an annoying burr under the saddle cloth of those who should have tried harder – and more bravely – back when it mattered.

Do you think rural and regional areas have been treated unfairly?