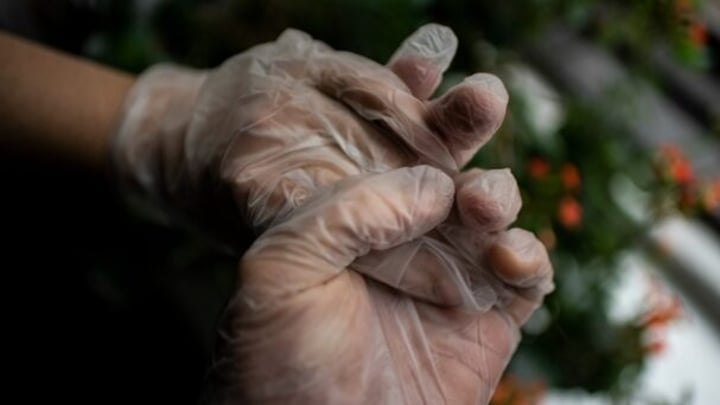 The year 2020 hurt many people far more than a bit, and its passing is not expected to be mourned. Source: Getty

After a long battle that near-exhausted streaming services’ back-catalogues, 2020 has succumbed to the slow passing of 365 days. Tributes didn’t pour in after the death of the year was announced.

“I haven’t stayed up ’til midnight on New Year’s Eve for years,” one seasoned year-watcher said. “But I’m staying up this year to make sure 2020’s dead.”

“This year was a bit like childbirth or a severe bout of diverticulitis, in that it hurt like hell and left a terrible mess,” another person, who’s experienced more than 60 years, said. “But at least we’ve emerged stronger, wiser and more appreciative of what we have.”

That observation was repeated in multiple reports on 2020’s passing, which had been widely expected to occur as December drew to a close. Fireworks had been prepared for the non-mourning period but were shelved due to continued reluctance by both authorities and consumers to stand in close proximity to others.

The year had lived a tumultuous life marked by few highs and many deep lows.

2020 was born at midnight on January 1, during Australia’s Black Summer of unusually fierce bushfires. By March, the flames had consumed 186,000 square kilometres, destroying almost 3,000 homes and killing more than 30 people, as well as innumerable beloved native animals.

But Australians showed 2020 what they were made of early in the piece, throwing their hearts and wallets into fighting the fires and as soon as the ground stopped smoking, Grey Nomads had their caravans packed and were ready to venture forth into the fire-affected regions to spend their hard-earned retirement income, which itself had been badly impacted by a long period of ultra-low interest rates, with local retailers and venues.

2020 went, though, from being a troublesome toddler to a teenager in sharp need of some National Service, because as the bushfires died down, Covid-19 quickly replaced them as the country’s chief concern.

For some, 2020’s teens were painful but bearable. Thanks to Covid-19, some searched the supermarket aisles for toilet paper and watched the queue to get into Bunnings go around the block, as their cruises were cancelled and they argued over who needed the wifi more while working from home. They grew accustomed to face masks and rethought their secret wishes to ‘just be left in peace for one damn second’ because every day is a long day in lockdown.

For others, though, those teen times of 2020 were life-changing and, indeed, life-ending – and not funny at all. Jobs were lost, incomes smashed and lives taken too soon, and Australians mourned the impact of the coronavirus on their family and friends.

But people grew as a result of their interaction with 2020.

They learnt they could vote without a sausage sizzle or homemade lamingtons to ease the pain of choosing between a rock and a hard place; they actually appreciated online banking for the first time; they rediscovered the joys of books and of beating the family at boardgames; and they saw the Mamils [Editor’s note: middle-aged men in Lycra – you know who you are :-)] that usually rule the bike lanes be waylaid by mums, dads, grandparents and wobbly kids on bikes that’d been hauled out from the back of the garage.

Then, as 2020 matured into adulthood and settled down into the daily grind of churning out the hours and days, Australians were reminded of many things they knew but had perhaps forgotten. That healthcare workers, cleaners and carers were deeply undervalued (and, in some cases, badly underpaid for the vital work they do). That people had taken Australia’s economic prosperity for granted, when in fact they needed the friendly faces at the local shops and service providers and would truly miss them if they were gone.

Australians remembered that the close company and good health of loved ones was a wonderful privilege not to be taken for granted. That something lost, whether it be a dream overseas holiday or a regular game of bowls at the club, could sometimes lead to something gained, like an unexpected adventure in their own backyard or the rediscovery of old pursuits (see bikes above, plus socially distanced neighbourhood walks with the kids or grandkids and a return to the crafting, gardening or DIY they’d given up as a bad job or was gathering dust in the spare room). That $1,750 can make a big difference to a pensioner’s ability to make ends meet.

And people saw in stark relief that older Australians – whether they be in a nursing home or simply unable to scrap fellow shoppers for staples at the supermarket – were often not treated with respect and that this needed to change. While the supermarkets reacted with impressive speed with seniors-only shopping hours, it is yet to be seen what 2020’s child, 2021, will make of the Royal Commission into aged care’s final report when it’s delivered in February.

In its final months of life, 2020 mellowed a little in Australia. Borders reopened, cruises for 2021 and 2022 hit the market, Donald Trump’s tweet-rate slowed and rain calmed the fires on Fraser Island. Australians gave a cautious sigh of relief and made some tentative Christmas plans – while congratulating themselves on cleverly using their newfound online shopping skills to avoid the shopping centre car-park queues.

Meanwhile, the almost 1.7 million people taken by Covid-19 were mourned by family and friends, although not always in person due to restrictions on group gatherings.

It has been noted by many commentators that 2020 never failed to disappoint. For example, even on its deathbed, the year made what was hoped was a brief resurgence, bringing a cluster of Covid-19 to Sydney that threatened those longed-for Christmas plans. At the time of writing, it remained to be seen whether Australians would be required to not go forth bearing arms to stage a final battle with this most memorable of 12 months.

2020 is survived by an even more resilient and lucky Australia.

The year will be buried at 12am on January 1 in private ceremonies conducted in houses, bars, restaurants and parks, in socially distanced groups of no more people than current health guidelines permit. The family of 2021 requested no donations in lieu of the flowers non-mourners were not expected to send.