‘Little Sunbeams: The workhorse of my mother’s small kitchen appliances’ 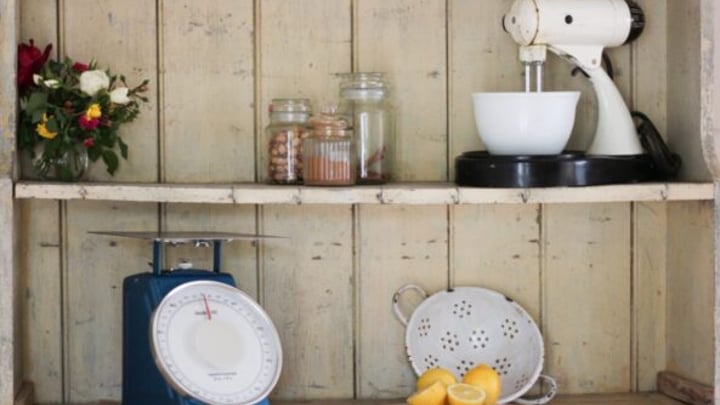 Do you remember the Sunbeam Mixmaster taking up pride of place in your kitchen? Source: Getty Images

We are old, O Father Time. I was browsing online and found a photograph of an old Sunbeam Mixmaster. That triggered some nostalgic musing about when we Baby Boomers were young. In the 1950s and 1960, our mother’s daily routine included the domestic engineering of a variety of little Sunbeams. There was a fan, an iron, a toaster, a bonnet hairdryer, and the Mixmaster.

I gazed at the old photos of what is now known as a ‘retro’ kitchen. We, too, had black and white linoleum, and wooden cupboards, with doors painted annually and devotedly by my dad, who had an array of paint brushes and tins of paint. My dad did not have electric appliances or battery operated anything as tools for his role as our handyman. He was a DIY guy, with the basic saw, axe, hammer, and a range of nails, screws and screwdrivers. He could turn his hands to anything that needed doing in the home or garden.

My mother sewed fabric covers for all her appliances, including the sewing machine. Mum was regarded as an ‘exactly’ woman, everything had a place and was kept spotlessly gleaming. Every cupboard was totally organised. All the little Sunbeams were created to ‘ease the burden of the busy housewife’, in those good old days. Mum used to churn her own ice cream, following the Sunbeam recipe book.

One of the highlights of our long gone childhood was when Mum frequently mixed cakes, using the basic ingredients. She would make beautiful butter cakes, or Victoria sponges, light as a feather.

The Baby Boomer young ones would gather in fascination, learning real cooking skills. Really, we were waiting for our chance to lick raw cake mix from the beaters. Raw chocolate cake, laced with cocoa, was the family favourite. I heard a funny joke: “The good mother of the Baby Boomers turned off the Mixmaster first, before letting kids lick the beaters!” Then we were allowed to scrape the bowl while the cake was cooking, after being whizzed around by the Sunbeam Mixmaster.

Even for her own birthday and Mother’s Day, Mum felt the need to make cakes. They were great, filled with real whipped full fat cream, sometimes jam, iced with loads of sugar. Yes, the old Sunbeam appliances, lightening the load.

We are old, Father Time. They are all things we take for granted now, but little Sunbeams were modern inventions, novelties, then. Did you survive eating raw cake mix too?

Did your mother have a Sunbeam Mixmaster? Do you remember the joy of licking the beaters?