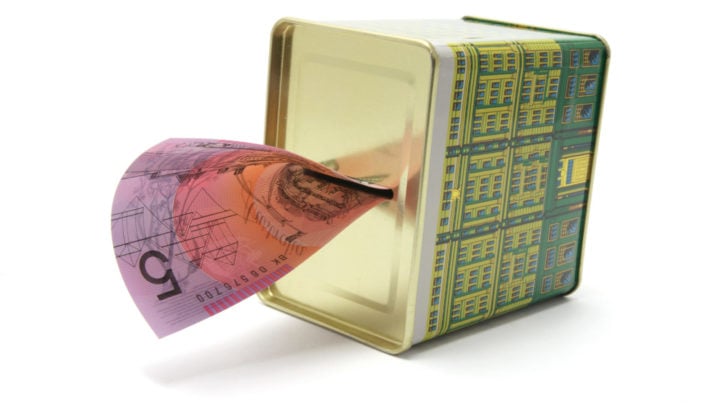 The iconic Commonwealth tins are still known to this day. Source: Getty.

Getting kids excited about saving their pennies isn’t the easiest feat. So back in the day schools worked together with the country’s biggest banks to create different initiatives that not only helped youngsters learn smart saving habits early on, but also made them feel very grown up.

Most kids in the 1950s and ’60s will recall getting special money tins that were handed out by banks and sliding as many coins as they could find through the slit at the top. But getting the money out was the hard part with some kids trying everything under the sun just to get their goods, while others might have even forgotten to open it in the long run, leaving the coins safely tucked away for a good while longer.

After my post earlier this month on the old Commonwealth Bank tin money boxes, many readers sent in photos showing that…

Posted by Australia Remember When on Wednesday, 15 April 2020

Commonwealth Bank’s ‘Dollarmites’ is probably one of the most memorable initiatives, particularly when bank representatives would go around to local schools and sign kids up for their first bank accounts. But getting the iconic money tin that was modelled on the bank’s former head office in Pitt Street, Sydney was definitely the most prominent memory.

Kids were also often given a passbook or bank book that meant they could even write down all their expenses and deposits like a real adult – despite not having much to actually record. But the most exciting part was taking a full money box to be opened and deposited into the bank and getting a brand new money tin in return!

The point of the tins being impossible to open was to teach kids to be responsible with their savings, however, it often had the adverse effect with some kids simply getting smarter about their bid to access their savings. Some would jam a butter knife into the top slit to open it a bit wider and jiggle the coins out, while others would resort to a can opener or even a saw to get their hands on the money inside.

National Bank had special money tins that looked like a vault complete with the secret code you had to enter before being able to pull open the door to the goods, while State Bank had a special globe-shaped money tin that made saving more enticing for kids. There were even elephant money tins from Commonwealth, dragon money tins from St George and a rare Donald Duck tin from The Bank of New South Wales.

These days, Dollarmites and other youth savings programs are still available for kids however, there have been calls to get private companies and big businesses out of schools. Although some see it as a way to introduce saving habits early on into children’s lives, others see it as simply a marketing tactic that is selling a product to vulnerable children.

Either way, the memory of the money tin lives on with many people still using their decades old tins to save extra coins for when they might need them next. And if you see an old money tin lying around a second hand store, give it a shake as you just might be a few cents richer if you do!

Do you agree banks should stay out of schools? Do you remember the money saving programs in your school?